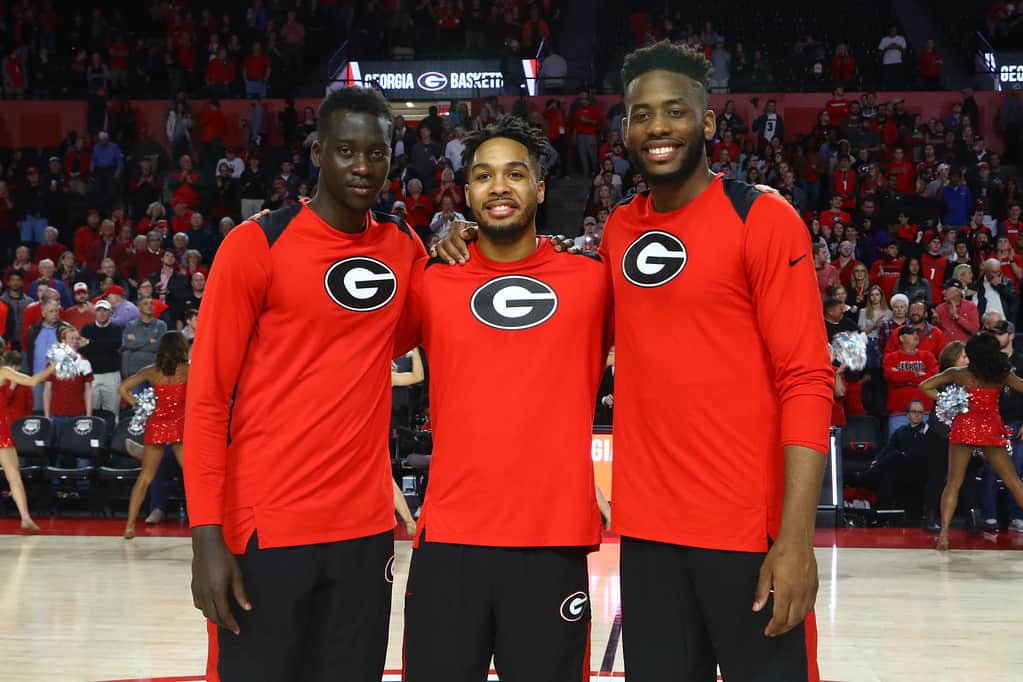 ATHENS, Ga. — Yante Maten was named SEC Player of the Year by the Associated Press and voted consensus first-team All-SEC, and Juwan Parker was tabbed the SEC’s Scholar-Athlete of the Year in balloting by the league’s men’s basketball coaches on Tuesday. The league office and the AP both announced their award winners at noon.

“I’m happy Yante and Juwan have been recognized for their outstanding accomplishments,” head coach Mark Fox said. “Each of them has been very productive players and terrific representatives of the University of Georgia, not only this season but throughout their careers in Athens.”

Maten is Georgia’s third SEC Player of the Year honoree, following Dominique Wilkins in 1981 and Kentavious Caldwell-Pope in 2013.

The senior from Pontiac, Mich., who leads the league in scoring both overall and in SEC action, was voted All-SEC for the third-straight season. He is Georgia’s first three-time All-SEC honoree in more than 25 years (since Litterial Green from 1990-92) and just the sixth in program history. Maten also was a first-team choice of coaches and a second-team pick by the AP a year ago, after earning second-team coaches and third-team AP honors as a sophomore.

In addition to topping the league’s scoring leaders, Maten also has an SEC-high 13 double-doubles and ranks No. 2 in rebounding, No. 2 in minutes played, No. 7 in field goal percentage, No. 8 in free throw percentage and No. 10 in blocks. Maten has 29 double-digit scoring performances in 30 games played this season, with 15 20-point outings.

Parker, a fifth-year senior, is the only active Division I men’s basketball player who has already earned a master’s degree. He secured his bachelor’s in Management from UGA in two and a half years in Dec. 2015 and received his master’s in Sport Management in August 2017. Parker is currently pursuing a second master’s in Family Financial Planning.

On the court, Parker is Georgia’s second-leading scorer at 8.7 ppg overall and 9.3 ppg in SEC play. Parker has 14 double-figure games, 10 of those coming against conference foes. He also ranks No. 3 among Georgia’s career free throw percentage leaders, converting on 82.7 percent of his trips to the line. He also owns two of the top-10 single-season free throw percentage efforts in school history, No. 6 (85.6) last season and No. 7 (85.5 to date) this season.

Parker is Georgia’s second Scholar-Athlete of the Year since the award’s inception in 2004, following Dave Bliss in 2008.