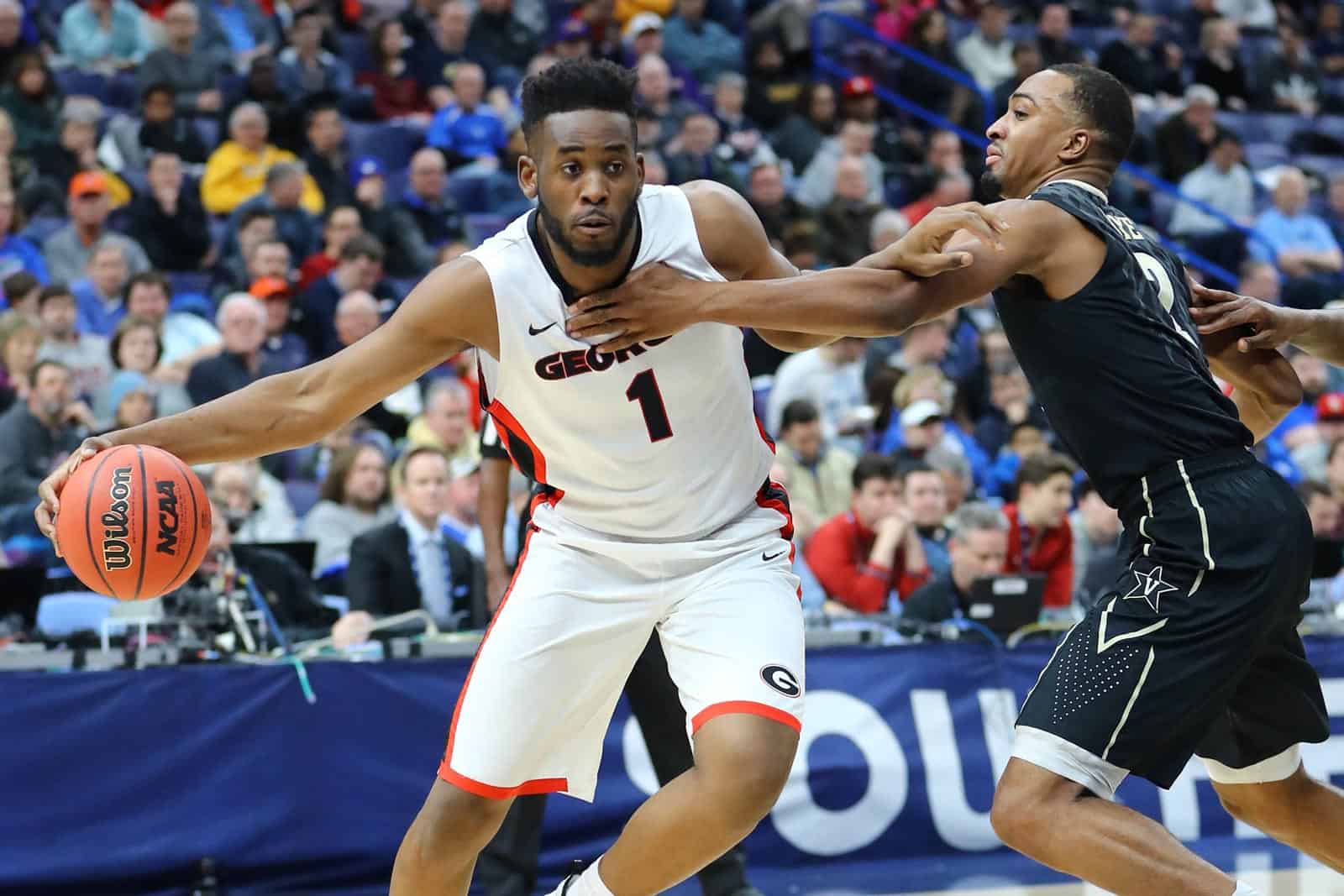 ST. LOUIS – A sound Georgia defense paced a balanced offensive attack in the Bulldogs’ 78-62 rout of the Vanderbilt Commodores in the opening round of the SEC Tournament at Scottrade Center on Wednesday night.

Led by 25 points from AP Southeastern Conference Player of the Year Yante Maten, the senior forward shot 9-for-12 on the game, registering his 30th double-figure scoring performance in 31 contests this season.

Freshmen Teshaun Hightower and Rayshaun Hammonds joined Maten in double-digit outings, posting 13 and 10 points, respectively. Hightower’s career-high in points was accompanied by a career game in assists with a team-leading six while junior forward Derek Ogbeide charged the defense with 10 rebounds.

“Tonight we had a lot of guys play well,” Georgia head coach Mark Fox said, “and that’s really important for us to have some other guys chip in besides Yante because he’s been pretty consistent all year. We knew tonight he was going to get double-teamed, and it really is a good play for us, when people trap him, because he knows where to put the ball and he knows what to do against a post-trap. We need guys to play well around him, and that was key for us tonight.”

Vanderbilt returned with a couple of layups, but Georgia established another 10-point margin at 18-8 – a double-digit separation the Bulldogs maintained for the remainder of the game, reinforced by threes from junior guard Turtle Jackson and redshirt senior guard Juwan Parker.

Maten reached double-figures at the 7:43 mark, busting through a Commodore double team attempt in the paint for a layup and the 26-13 Georgia edge. The bucket propelled the Bulldogs to 14 unanswered points; the contributors included Hammonds, Parker and freshman forward Nicolas Claxton, who added a dunk at the 4:39 mark, assisted by Hightower.

“The game of basketball gets a lot easier when everybody makes shots, because they’re not sure who to lock in on,” Maten said.

Hightower capped the half with two 3-pointers, distancing the Bulldogs by 25 points, the largest split of the frame, before the buzzer echoed to a score of 43-22. In the first half, the Georgia defense held Vanderbilt, one of the conference’s top-3 teams in 3-point percentage, to two buckets from behind the arc, as well as a 28 percent mark from the floor. On the opposite end of the floor, nine different Bulldog scorers combined to shoot for 53 percent from the floor.

In the second half, the Bulldogs gradually increased their control over the Commodores, as Hightower and Hammonds joined Maten in double-digits, and the Bulldogs’ lengthened the lead to 25 on two more occasions. Twelve second-half Bulldog free throws helped Georgia seal the 78-62 final.

The Bulldogs surrendered a season-low five turnovers on the game, and capitalized on 11 Commodore turnovers for 16 points.

Georgia will face the No. 5-seed Missouri at approximately 3 p.m. ET in the second round of the SEC Tournament. The game will be available on SEC Network.