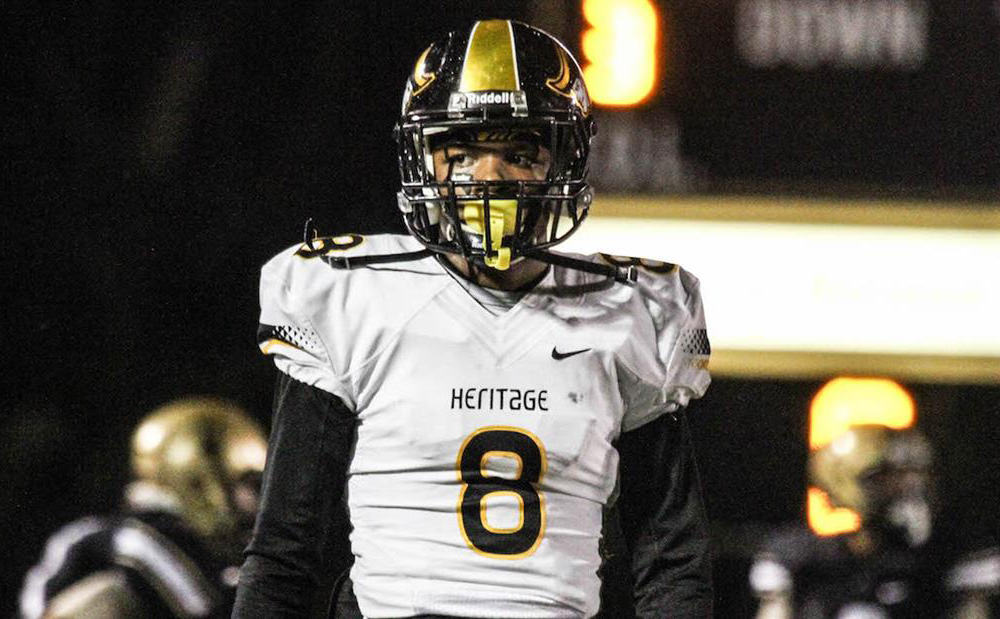 UGA football has picked up another commitment from a five-star recruit for 2018, this one from cornerback Tyson Campbell of Fort Lauderdale, Florida (American Heritage).

Georgia now has a record-tying eight five-star recruits for the 2018 class!

Campbell (6-2.5, 180) committed to the Georgia Bulldogs over Alabama, Auburn, Miami, and Tennessee. He also had offers from most of the top schools, including Clemson, Florida State, LSU, Michigan, Ohio State, Oklahoma State, TCU, and Wisconsin.

In the 247Sports Composite, Tyson Campbell is rated as a five-star recruit, the No. 2 cornerback, and the No. 12 overall recruit for 2018.

Campbell is rated as a five-star recruit, the No. 4 cornerback, and the No. 25 overall recruit for 2018 by Rivals.com.

The addition of Tyson Campbell should solidify Georgia’s 2018 recruiting class as the best in the nation for 2018. Currently, UGA’s class is ranked first by ESPN and Rivals and second by 247Sports.