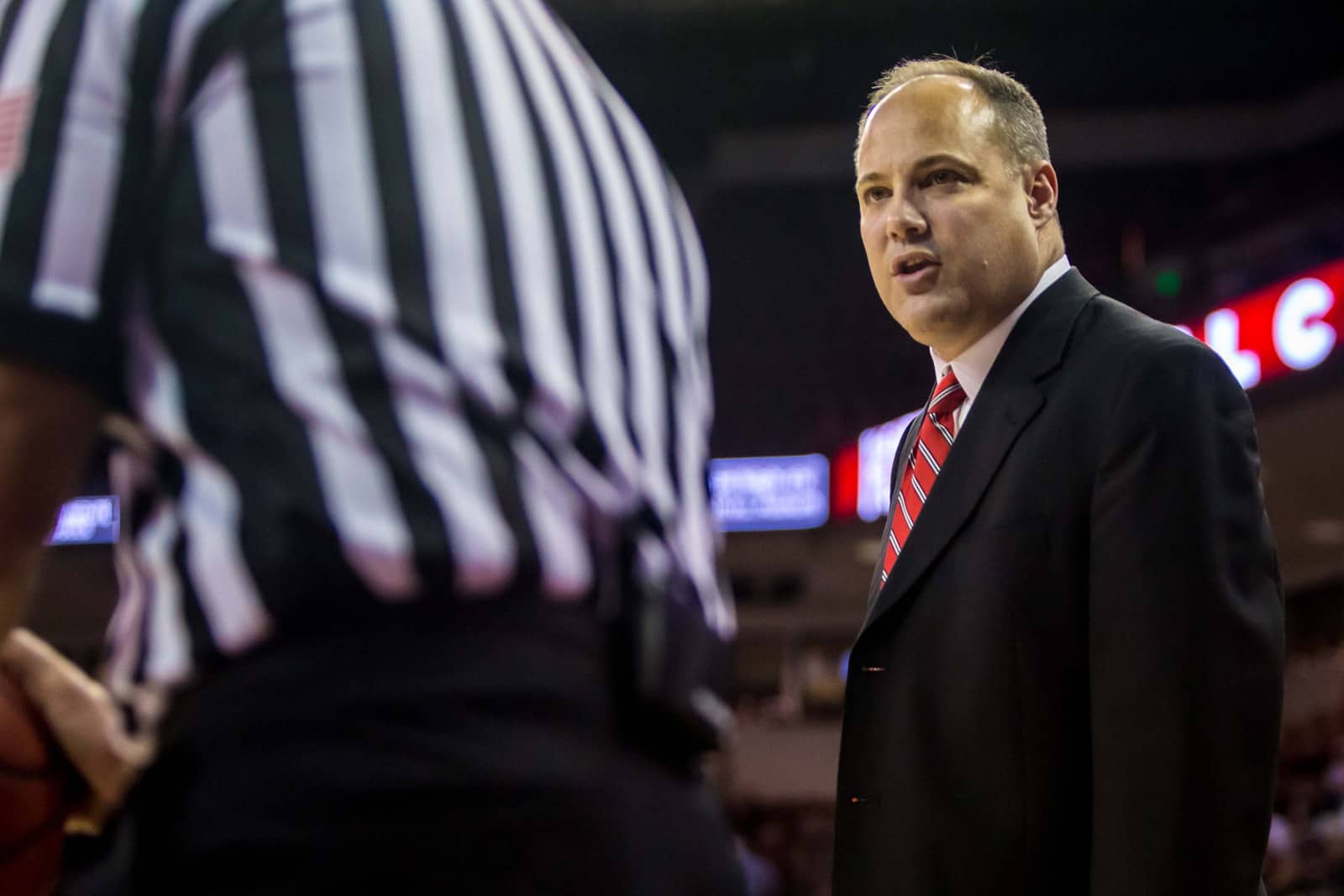 COLUMBIA, S.C. – A second half outburst from the Georgia men’s basketball team fell short of surpassing the South Carolina Gamecocks first-frame lead, sealing the 66-57 final on Wednesday at the Colonial Life Arena.

“We didn’t come out of the gate well in the first half,” Georgia head coach Mark Fox said. “In the first half we made poor decisions on both ends. Defensively, we made some errors and they got hot shooting the ball, which is not their forte and we dug a big hole. We competed in the second half and played much like we would of liked to play in half one, but we didn’t do that.”

With 10 rebounds, senior forward Yante Maten totals 839 on his career, which ranks sixth on the all-time Georgia rebound list. He is just one board away from breaking into the top-5. The senior’s defense was complimented by 13 points, marking his 11th double-double of the season. The offense also featured a team-leading 14 from junior guard William Jackson II, as well as nine from sophomore guard Tyree Crump.

In the first half, Georgia strung together a pair of extra-point plays between Crump and Maten to jump on top. Crump drained a 3-pointer and reined in a free throw to knot the game at nine, followed by Maten, who hit a layup and a free throw to provide Georgia the one point edge.

The Bulldogs drew a pair of key fouls around the 10-minute mark, finding production at the charity line from Maten and freshman forward Nicolas Claxton, but six Gamecock 3-pointers in the final eight minutes lengthened the South Carolina lead to 42-27 at the half.

Georgia opened the second frame on a 16-5 run, propelled by a couple of buckets from Maten. Next, freshman Rayshaun Hammonds provided a 3-pointer and a layup, Jackson hit a jumper, and Claxton upstaged a Wesley Meyers 3-pointer with a dunk. After a Derek Ogbeide block, Crump drained a jumper from just inside the 3-point line as the shot clock winded down, cutting the difference to five.

Despite Georgia outscoring the Gamecocks 30-24 in the second half, South Carolina pushed its lead back to 10, and contained its margin with another slew of 3-pointers to finalize the game at 66-57.

Up next, Georgia concludes its regular season with a two-game home stand in Stegeman Coliseum. Georgia plays host to LSU on Saturday, Feb. 24 at 2:00 p.m. before welcoming Texas A&M on Wednesday, Feb. 28. The Tiger and Aggie matchups will be available on ESPNU and SEC Network, respectively.