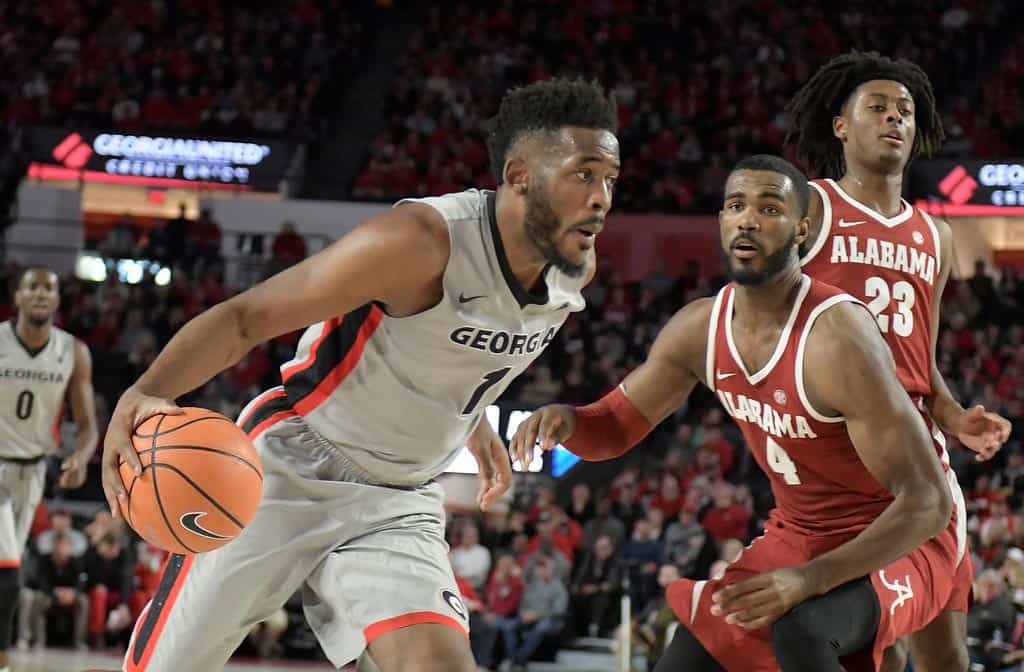 Maten, a 6-8, 243-pound, forward from Pontiac, Mich., is in the midst of a standout senior season for the Bulldogs and currently ranks second in the SEC in scoring at 19.3 ppg and first in rebounding at 8.9 rpg. He also is among league leaders in minutes played (fifth), field goal percentage (seventh) and free throw percentage (10th).

Maten has scored in double figures in 14 of the Bulldogs’ 15 games, with seven 20-point outputs and seven double-doubles. He scored a season-high 30 points against Temple, his fifth career 30-point outing and third career 30-point, 10-rebound performance.

Maten, who is the SEC’s active career leader in points, rebounds, blocks and double-doubles, was one of two league players on the 25-player Wooden ledger.

Chosen by a poll of national college basketball experts based on their performances during the first half of the 2017-18 season, the list comprises of 25 student-athletes who are front-runners for the sport’s most prestigious honor. The players on the list are considered strong candidates for the 2018 John R. Wooden Award presented by Wendy’s.

The leading candidates will be further pared to 20 top players in early February. Fifteen top players who have proven to their universities that they are also making progress toward graduation and maintaining at least a cumulative 2.0 GPA will be submitted to voters on the Final Ballot prior to the NCAA Tournament.

Every year, players have made the Final Ballot that were not on the preseason or midseason lists. Voters are permitted to take into consideration the opening rounds of the NCAA Tournament when casting the ballot. The 10-man Wooden Award All American Team will be announced the week of the “Elite Eight” round of the NCAA Tournament. The winner of the 2018 John R. Wooden Award will be presented during the ESPN College Basketball Awards presented by Wendy’s on Friday, April 6, 2018.

Created in 1976, the John R. Wooden Award is the most prestigious individual honor in college basketball. It is bestowed upon the nation’s best basketball player at an NCAA Division I university who has proven to his university that he is making progress towards graduation and maintaining a minimum cumulative 2.0 GPA. Previous winners include Larry Bird (’79), Michael Jordan (’84), Tim Duncan (’97), and last year’s recipient, Frank Mason III of Kansas.

Georgia is currently 11-4 on the season and 2-2 in SEC play. The Bulldogs return home on Saturday at 1:00 p.m. to host South Carolina at Stegeman Coliseum, where Georgia is a perfect 8-0 this season. The game is a sell-out The only seats that remain are the free 2,000 tickets for UGA students that will be distributed beginning at 11:30 a.m. on Saturday.