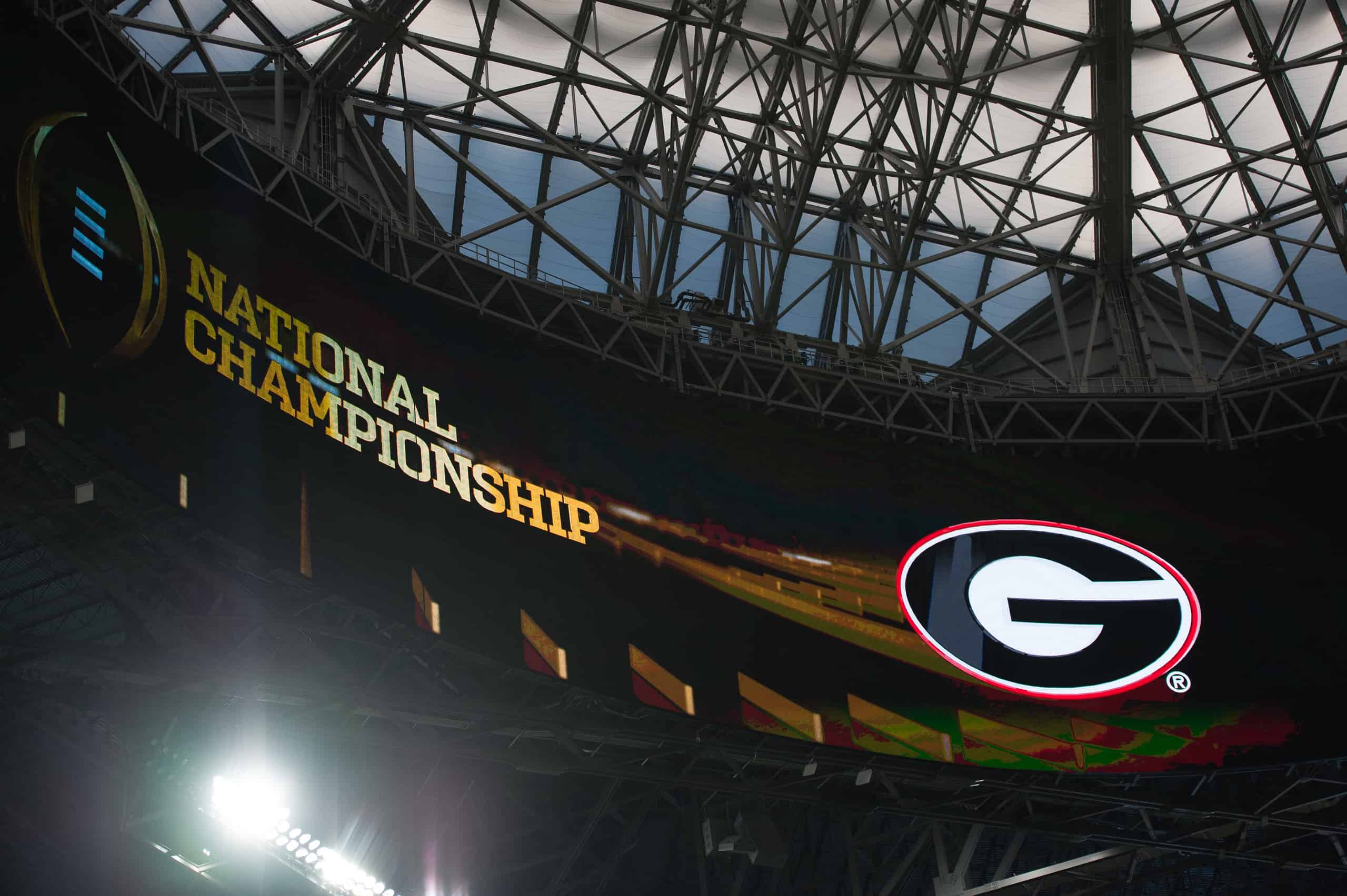 On Monday, January 8, 2018 the Georgia Bulldogs will face the Alabama Crimson Tide for the National Championship at Mercedes-Benz Stadium in Atlanta, Georgia.

Georgia defeated #2 Oklahoma 54-48 in double-overtime at the Rose Bowl in Pasadena, California on January 1. Alabama defeated #1 Clemson 24-6 at the Sugar Bowl in New Orleans, Louisiana in the final semifinal game. Here are facts leading up to this all-SEC National Championship:

• This is the first time a No. 3 seed (Georgia) has made it to the National Championship in the 4 year history of the College Football Playoff.

• This will also be the first 3-seed vs 4-seed matchup for the National Championship in the Playoff era.

• The last all-SEC National Championship was 2011 when Alabama defeated LSU 21-0 in New Orleans.

• Again, Jake Fromm is trying to become the 2nd true freshman QB to win a National Championship after Jamelle Holieway did for Oklahoma in 1985.

• It’s been 113 pass attempts since an Alabama quarterback threw an interception (Hurts 95, Tagovailoa 18: 10/21/17 against Tennessee when Daniel Bituli returned Tagovailoa’s pass 97 yards for a Vols touchdown).

• #34 Damien Harris needs 17 yards to reach 1,000 for the season, which would mark the 3rd straight season an Alabama running back has done so.

• Jake Fromm needs two touchdown passes to set the school record for a freshman. Aaron Murray threw for 24 TD’s in 2010.

• Jake Fromm can be the first Georgia QB to throw a touchdown pass in each game of the season this century. Eric Zeier is the only UGA QB to accomplish this (1994).

• With one Dominick Sanders interception, he will set the school record at UGA for interceptions with 17, passing Jake Scott and Bacarri Rambo.

• Sony Michel can tie Garrison Hearst (1992) for rushing touchdowns in a season if he matches his three-touchdown performance at the Rose Bowl. Michel has 16 touchdowns. 19 total will tie the SEC record or 20 will break it.