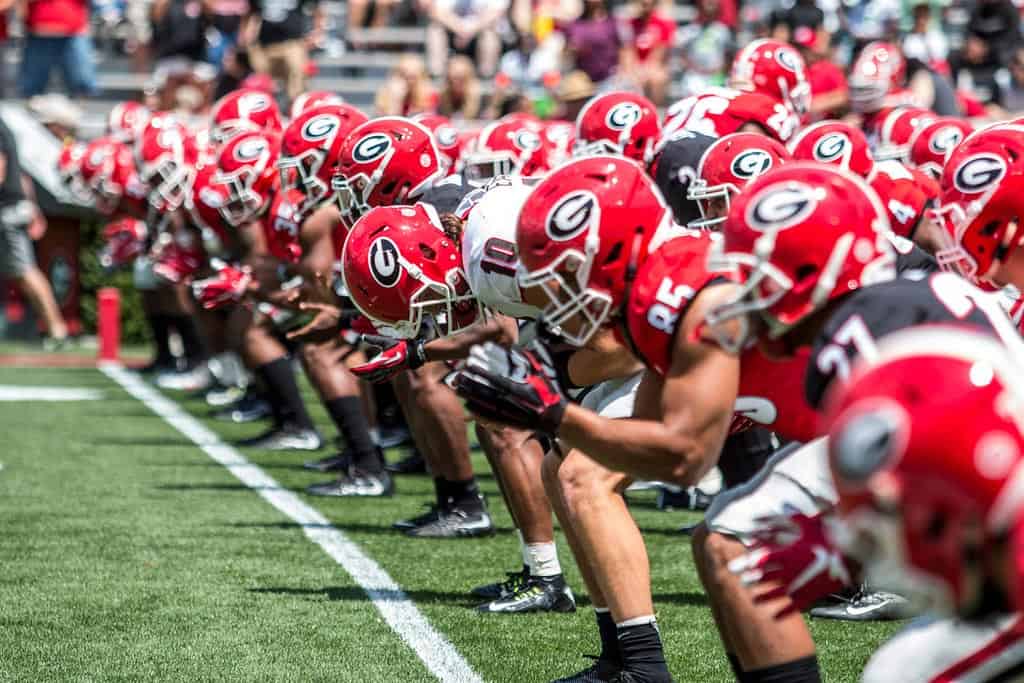 G-Day 2018 has been set for Saturday, April 21, according to the official UGA website and the athletics website. G-Day is Georgia’s annual Red vs. Black Spring game.

April 21 is two weeks after The Masters golf tournament (April 5-8, 2018) and three weeks after Easter (Sunday, April 1, 2018). Although uga.edu lists the game for noon ET, the official kickoff time will likely be announced at a later date by the SEC Network. 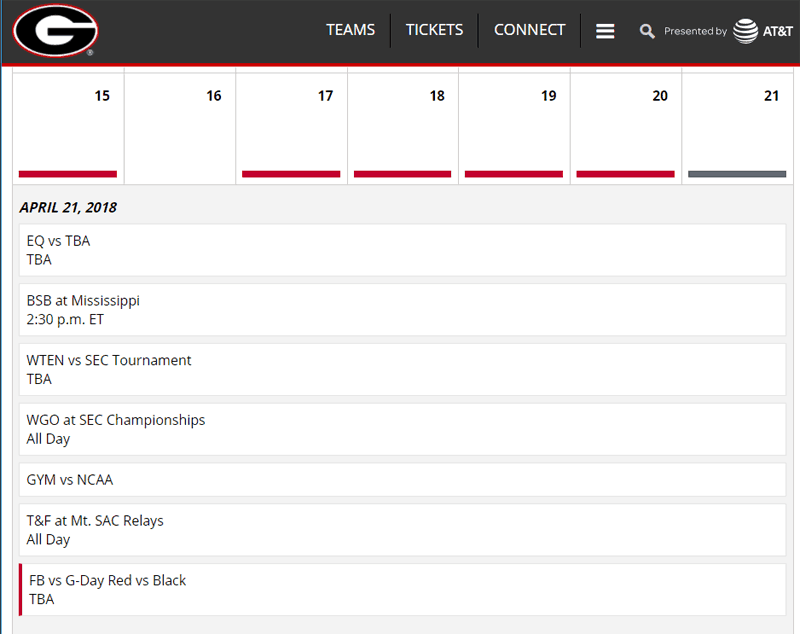 The Georgia Bulldogs, and all of Dawg Nation, are still recovering from the 26-23 overtime loss to Alabama in the National Championship game. The Bulldogs finished the season 13-2 with an SEC Championship and Rose Bowl Game champions.

Georgia kicks off the 2018 season on Saturday, Sept. 1 against the Austin Peay Governors at Sanford Stadium in Athens.