Bulldogs fall to Missouri 68-56 in Columbia

Bulldogs fall to Missouri 68-56 in Columbia 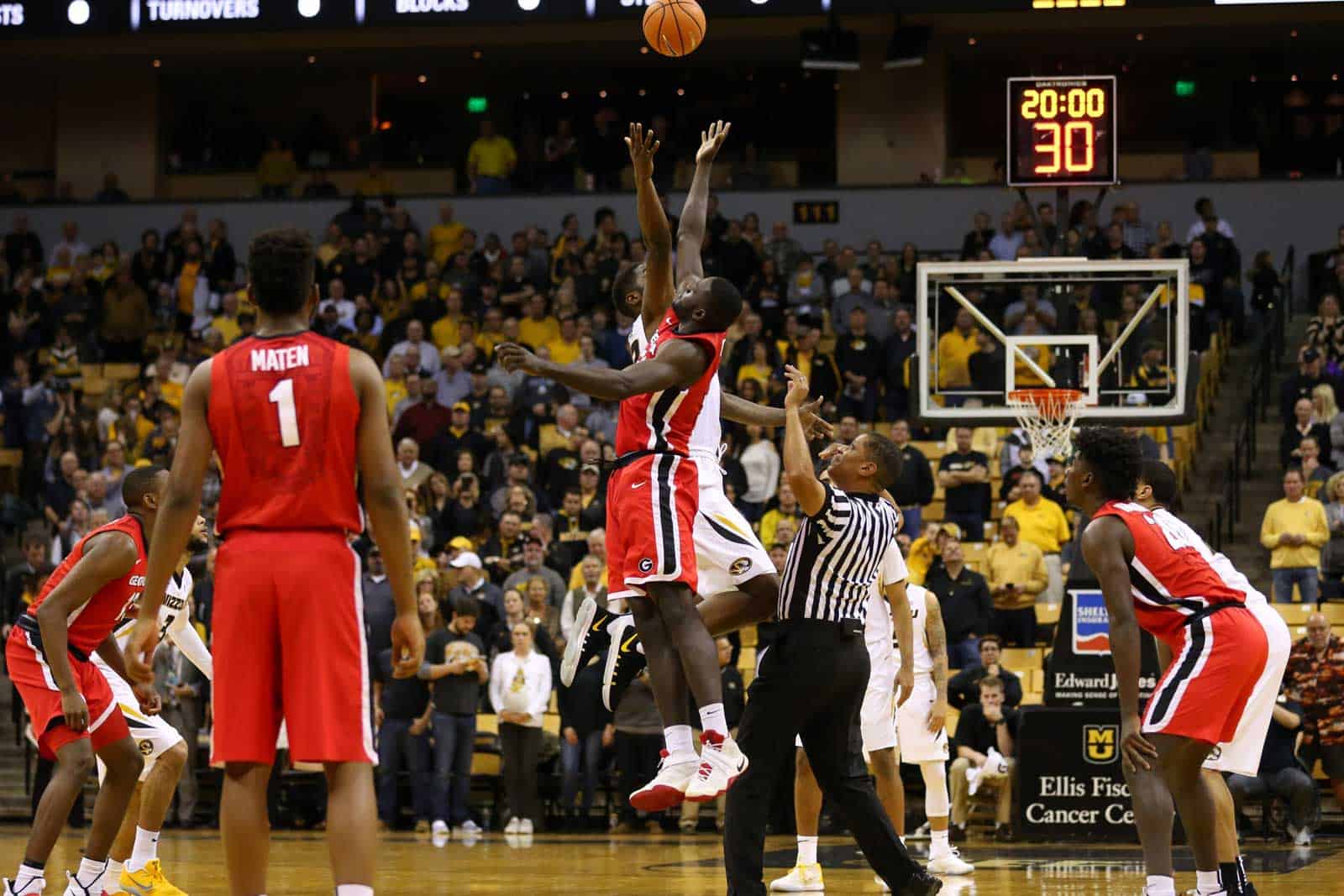 COLUMBIA, Mo. – The Georgia Bulldog men’s basketball team was unable to overcome a second-half offensive burst from the Missouri Tigers on Wednesday night, falling 68-56 at the Mizzou Arena.

“This is as physical a game as we’ve probably had all year,” Georgia head coach Mark Fox said. “We didn’t respond well enough to that. We’ve got to do a better job when it’s physical, finding ways to draw fouls, get to the line, or draw contact. We didn’t do a great job of that tonight.”

Missouri freshman forward Jontay Porter put the Tigers on the board first with a jumper, but Georgia quickly responded within the first minute, claiming the 4-2 lead from consecutive layups from senior forward Derek Ogbeide and freshman forward Rayshaun Hammonds.

With 9:04 remaining in the first half, Missouri guard Kassius Robertson drained a 3-pointer to knot the game at 11, but senior guard Yante Maten drew a foul and knocked down a pair of free throws to re-claim the lead. On the other end of the floor, Ogbeide posted a block and a defensive rebound, setting up a Tyree Crump 3-pointer off the bench to extend the Bulldog edge to five.

Georgia separated itself by as many as seven points throughout the first half, securing the first 7-point advantage by a jumper from junior guard William Jackson II, who shared the top Bulldog performance in points with Crump at 10.

A late couple of buckets in the first half from Missouri cut the Georgia lead to 23-20 and prevented the Tigers from recording their lowest scoring output in a half this season. Utah held Missouri to 19 points in November.

Entering the game as the league-leader in defensive field goal efficiency (38.2 percent), the Bulldogs (11-4, 2-2) held Missouri to a 26.7 percent clip from the field in the first 20 minutes. The Georgia defense also contained the Tigers (12-4, 2-1), the conference-leader in 3-point field goal percentage (40.3 percent), to a 1-for-9 performance in the first half.​

In the second half, Missouri took its first lead of the contest since its first bucket of the game during a 13-2 run. Georgia responded, and Maten sparked a 13-4 Georgia run, piecing together a 3-point play at the 13:14 mark with a charge to the basket for a dunk and a free throw. Freshman forward Nicolas Claxton hit a 3-pointer to break up a pair of Jeremiah Tilmon jumpers, and the Bulldogs used offensive outputs from Crump, Ogbeide and Hammonds to establish a two-point game.

Despite holding Missouri without a field goal for the remaining 3:13 of the game, a pair of 3-pointers from freshman Teshaun Hightower and Crump could not withstand the final Tiger lead.

Up next, Georgia returns home to Stegeman Coliseum to face off with South Carolina on Saturday. The game will be available on SEC Network at 1 p.m. ET.