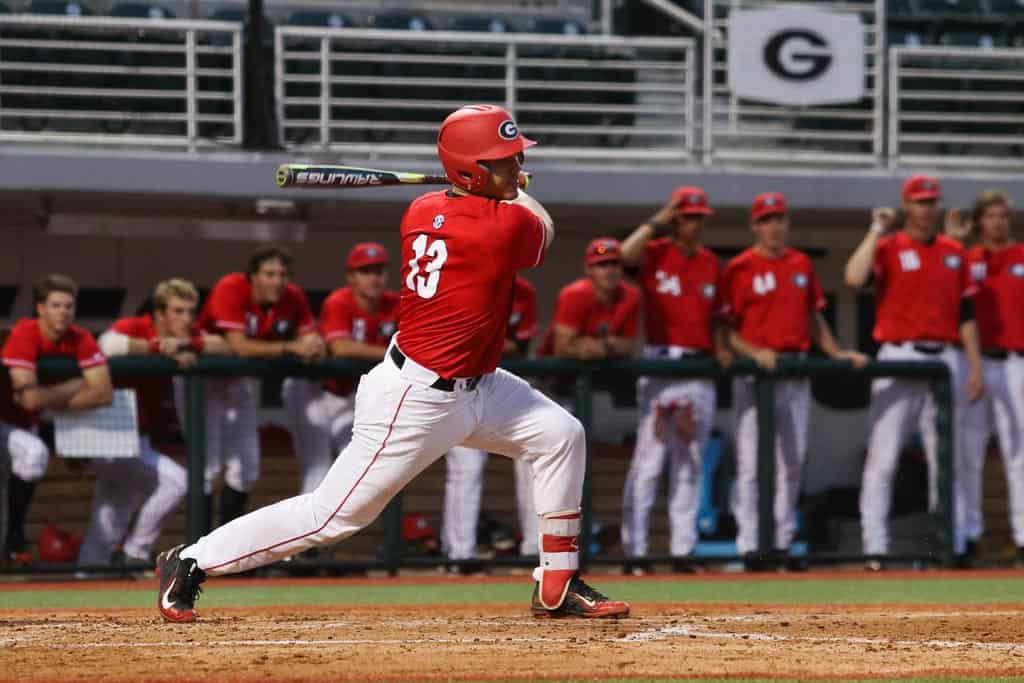 ATHENS, Ga. – The 2018 television schedule for Georgia baseball has been finalized after the Southeastern Conference announced its schedule Monday.

Georgia will be featured nine times across the ESPNU/SEC networks as part of the 2018 SEC Baseball television package. Also, all 31 Georgia home games will be available to view on television or streamed online exclusively as SEC Network + events and available on the WatchESPN app, and on SECNetwork.com through participating providers. Also, a vast majority of Georgia’s road conference games will be available on SEC Network +.

The 2018 SEC baseball television schedule steps up to bat with the return of the Bases Loaded special on the opening night of conference play, Friday, March 16. The show features a live compilation of seven games – all 14 teams – taking place that evening across the southeast. Georgia faces Alabama in Tuscaloosa for its SEC opener at 7 p.m. ET.

The SEC Network will showcase 76 games. Also, SEC Thursday Night Baseball continues on ESPNU and the SEC Network. This year’s schedule features “Wildcard Weekend,” which will be May 17-19 as the two networks will select the most compelling SEC games to televise over the final weekend of conference action. The SEC Network will air the entire SEC Baseball Tournament, outside of the Championship game on ESPN2 on May 27. ESPN will cover up to 153 postseason games beginning with NCAA Regionals. ESPNU kicks off the slate with the NCAA Baseball Selection Show on Monday, May 28 at noon.

All 56 regular season Bulldog games will be available on the Georgia Bulldog Sports Radio Network. All Georgia baseball games will be carried locally on WRFC 960 AM as it will serve as the primary home for all broadcasts. Fans can listen to every game online for free through the official website of the Bulldogs, georgiadogs.com or the mobile app streaming service TuneIn.

The Bulldogs resumed team practice this past Friday, Jan. 26. Tickets are on sale for Georgia’s annual First Pitch Banquet at the Classic Center that will be Feb. 9 and feature former Major Leaguer Jeff Francoeur and the 2018 Bulldogs. Fans can reserve their spot(s) for the banquet with online registration. Follow this link:
http://gado.gs/55l

The 2018 baseball season opens Feb. 16 as the Bulldogs play host to Georgia Southern in a three-game series at Foley Field. Ike Cousins head baseball coach Scott Stricklin is in his fifth season leading the Bulldogs. Georgia return 26 veterans including all nine starting position players and a majority of the pitching staff from the 2017 club. Also, season tickets are available to purchase now online via georgiadogs.com.