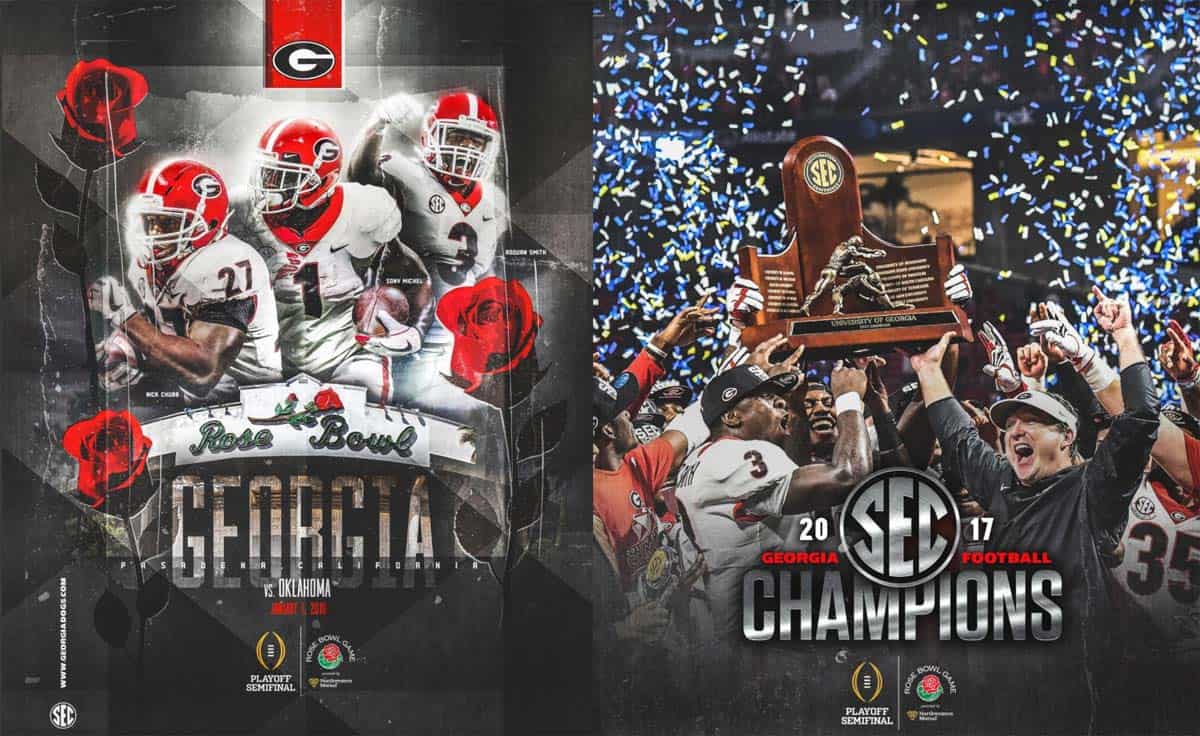 Featured on the front cover are senior running back Nick Chubb, semior running back Sony Michel, and junior linebacker Roquan Smith. Appearing on the back cover is a photo taken after the Bulldogs won the 2017 SEC Championship Game.

Georgia takes on Oklahoma in the 2018 Rose Bowl Game on Monday, Jan. 1. The game will be televised by ESPN at 5:00pm ET. 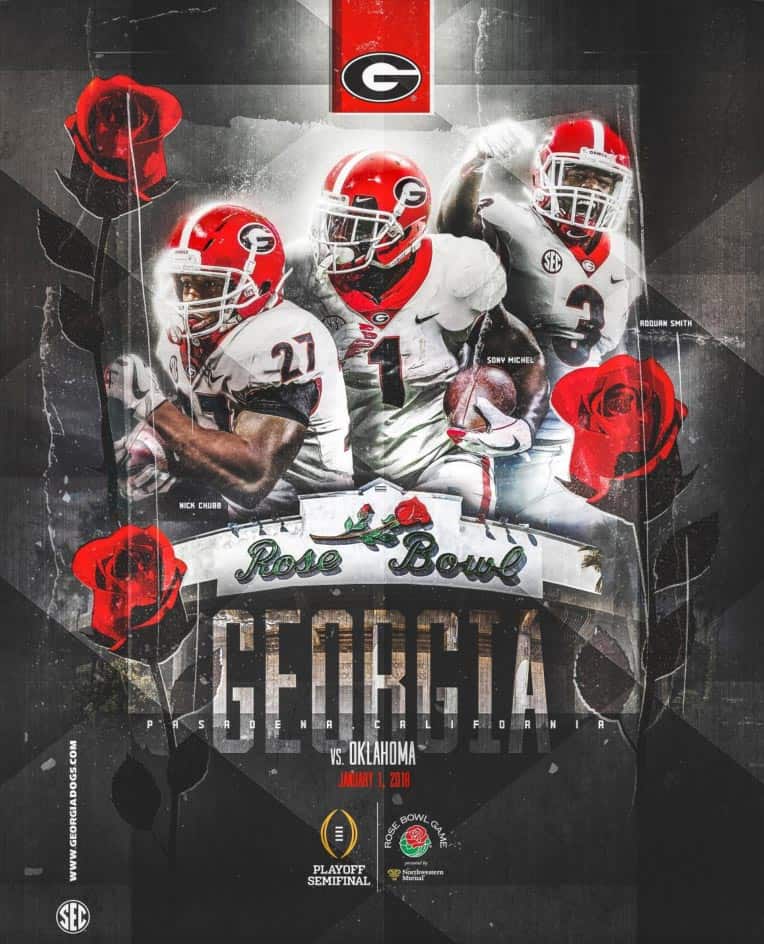