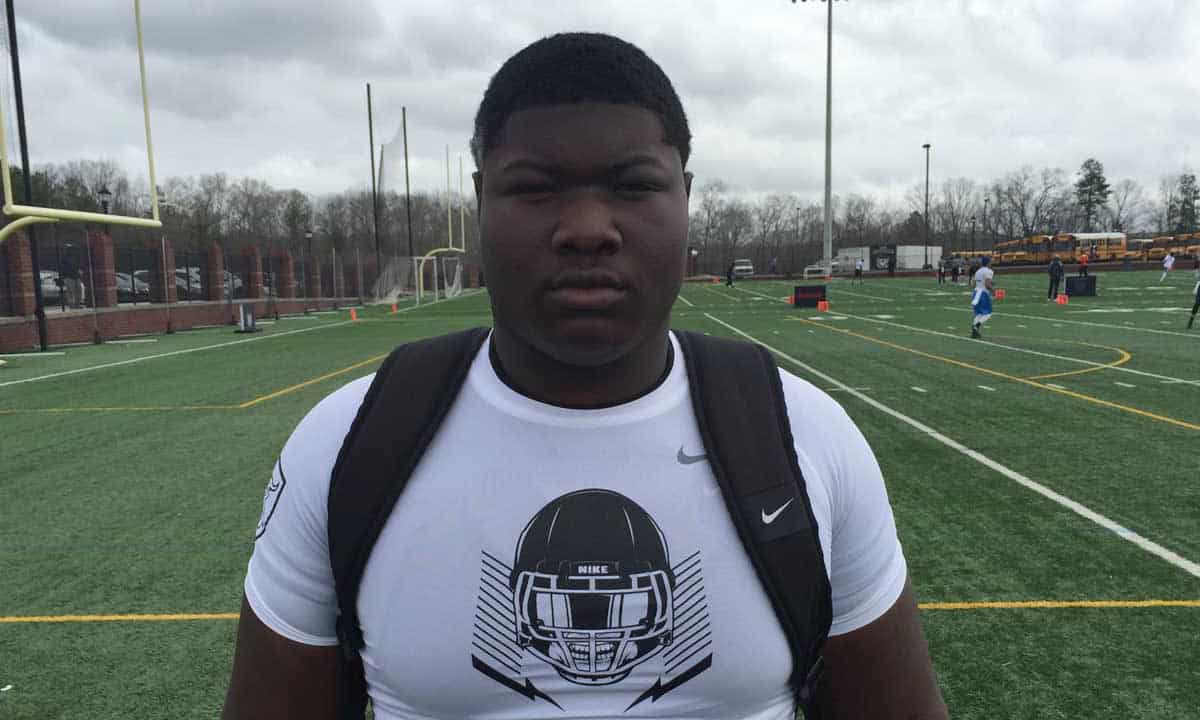 UGA football has received their 19th commitment for the class of 2018, this one from four-star offensive lineman Trey Hill of Warner Robins, Georgia (Houston County H.S.).

Hill (6-3.5, 346) committed to the Georgia Bulldogs over Florida State and Auburn. He also had offers from most of the top schools, incuding Alabama, Clemson, Florida, Louisville, LSU, Miami, Michigan, Michigan State, Ohio State, Oklahoma, Oregon, and others.

“It was a very tough decision,” said Hill. “It was very close, but I want to be a Bulldog. The family environment at Georgia, what Kirby Smart is doing there and how my parents felt played a role in my decision.

Trey Hill is rated 4-stars, the No. 2 offensive guard, and the No. 38 overall recruit in the 247Sports Composite.

Rivals.com also rates Trey Hill as a four-star recruit, the No. 2 offensive guard, and the No. 73 overall recruit for the 2018 class.

Georgia’s 2018 recruiting class is now rated as the 4th best by 247Sports behind only Ohio State, Texas, and Miami.