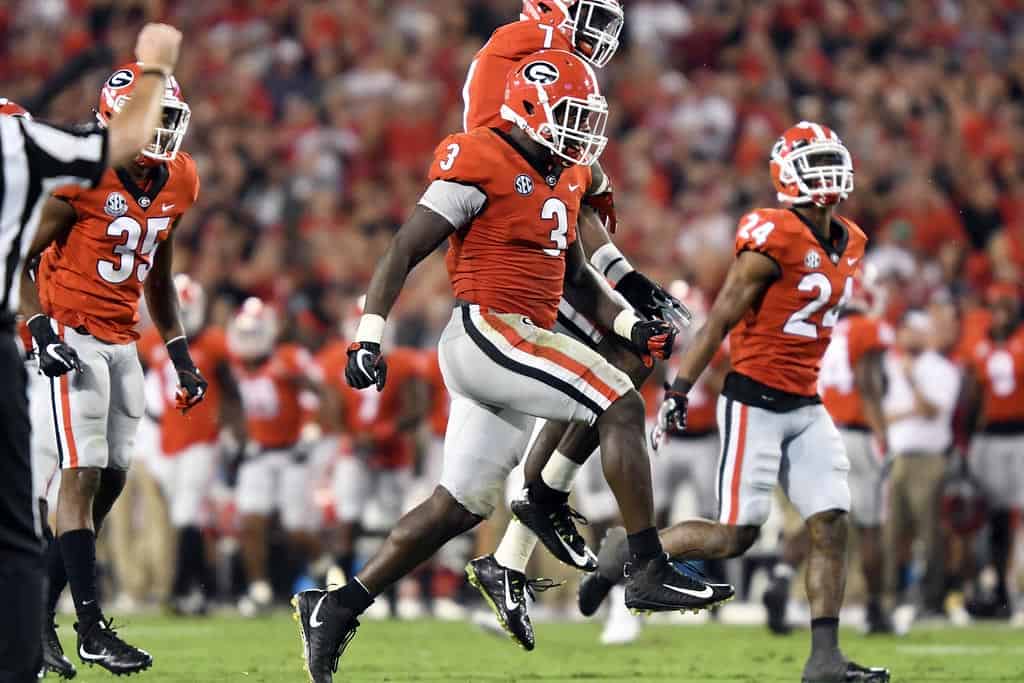 Smith became the first Bulldog to win the Butkus Award this season, which is given to the nation’s most outstanding linebacker. He was also a finalist for the Nagurski Trophy and Bednarik Award, which are given to the country’s most dominant defensive player.

Wynn, a native of St. Petersburg, Fla., Chubb, a native of Cedartown, Ga., Fromm, a native of Warner Robins, Ga., and Thomas, a native of Lithonia, Ga., directed an offense that has averaged the Southeastern Conference’s third-best scoring offense (34.9 ppg) this season while posting the nation’s seventh-best rate for third down conversions (47 percent).

The Bulldogs captured their first SEC title since 2005 and went an undefeated 6-0 versus teams from the league’s Eastern Division for the first time since the SEC split into divisions in 1992.

The third-seeded Bulldogs (12-1) travel to Pasadena, Calif., to face second-seeded Oklahoma (12-1) in the College Football Playoff’s semifinal round in the Rose Bowl Game on Monday, January 1. Kickoff is at 5:10 p.m. ET.