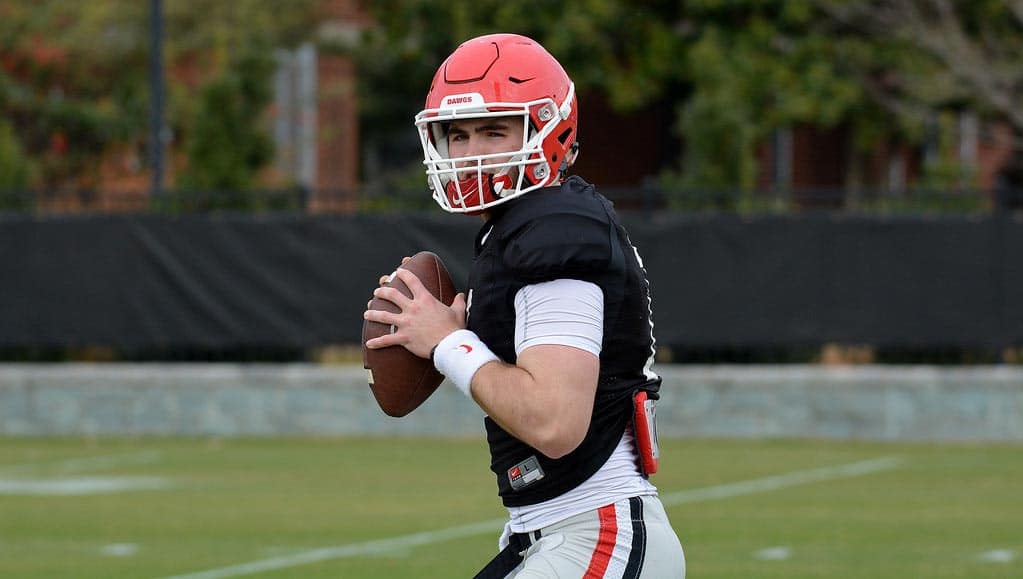 ATHENS, Ga. – Georgia conducted a two-hour workout in full pads Wednesday as part of its preparations for the upcoming College Football Playoff Semifinal at the Rose Bowl Game against Oklahoma.

Wednesday also marked the first day of the NCAA’s new Early Signing Period (Dec. 20-22) although there still will be the traditional February date available in 2018 (Feb. 7). Bulldog head coach Kirby Smart met with the media after practice and discussed the day’s events.

“I just got through practice, to be honest, my mind is on practice and my mind is on Oklahoma,” said Smart. “But with this unique experience, it’s been an interesting day to say the least with Signing Day going on and a lot of great kids choosing to come to Georgia.”

Smart said he was excited about the fact to 10 of the 17 signees went to a state championship game and six of the 17 won a state championship. Also, he mentioned that nine guys had over a 3.0 core GPA which was a major emphasis for the staff in this class and three signees had offers from Ivy League schools.

“We are really excited about this class, and everybody would talk about the offensive linemen initially and that group is really special, but I think we addressed a lot of areas,” Smart added. “There’s still some areas we need to address and hopefully we’ll be able to do that in either the next few days or in January…I give the position coaches credit; they’ve built the relationships with these kids.”

“There’s going to be some intense battles in January because the guys that are left are targeted by all the top programs,” said Smart. “There’s going to be some guys we go after, and it’s not like you can say relax, we’re done because that’s not the case. We got work to do in recruiting, and we got time to do it. The focus for us is the College Football Playoff, and it will shift back to recruiting once that ends.”