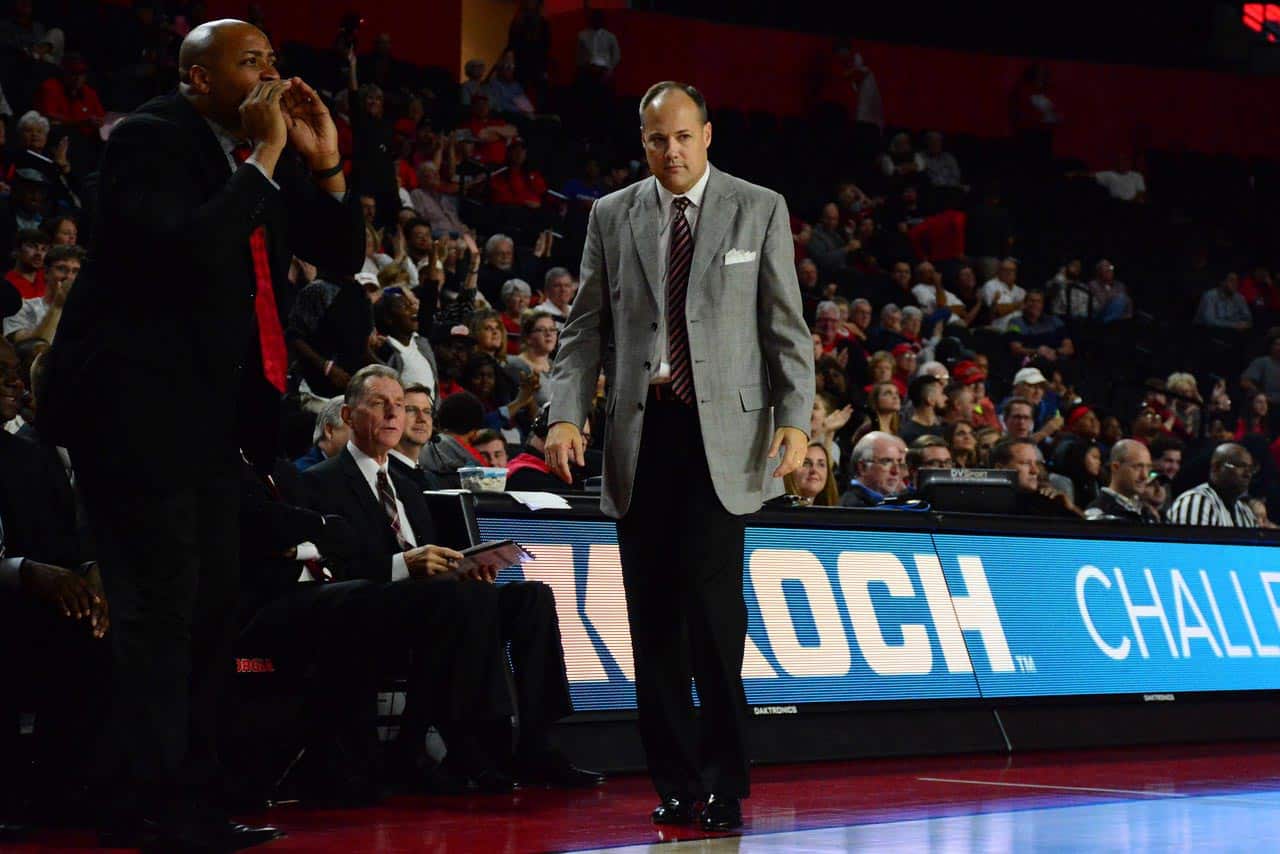 AMHERST, Mass. – After an 11-day break for finals, the Georgia Bulldogs men’s basketball team returned to the court and lost 72-62 to the UMass Minutemen at the Mullins Center.

The Minutemen stormed out to an early lead, shooting 56.7-percent from the field and 61.5-percent from three in the first half, which proved insurmountable for the Bulldogs. UMass wound up shooting 50-percent or better in both areas for the game and improved to 6-5, while Georgia took its second loss at 7-2.

Senior forward Yante Maten dropped 20 points and grabbed nine rebounds, both game-highs. The 20-point performance marked Maten’s fourth of the season and 25th in his career. The Pontiac, Michigan native has led the team in rebounds and points five times this season.

“We got off to a terrible start,” Georgia head coach Mark Fox said. “We had not practiced well and we played the exact same way. The defense wasn’t near what it needs to be at to win on the road. We didn’t play well, but give UMass credit for taking the first swing. In the second half, we started to look like ourselves, but you can’t dig that big of a hole.”

Georgia shot just over 35-percent from the field and from 3-point territory for the game, while also getting outrebounded 39-29. Joining Maten in scoring was junior guard William Jackson II with 14 points, going 4-of-5 from long distance. At the foul line, Georgia finished 13-of-15, while UMass went 6 for 8.

The Minutemen climbed on top fast by streaking to a 16-2 lead and later a 24-7 advantage, before Maten took the reigns of the offense with four straight baskets. UMass distanced itself by 19 points at 43-24 at the half. Leading all scorers was Maten with 14 points.

Coming out of the break, the Bulldogs went on an 8-1 run featuring a Juwan Parker converted three-point play at the line, two free throws from Maten and a three by Jackson. Both teams started to trade baskets as Georgia cut the deficit to 12 three separate times.

Due to Minutemen foul trouble, the Bulldogs were able to go into the double-bonus at the 9:07 mark of the second half. Mike Edwards breached the 12-point mark with two free throws to make it 58-47 with 9:07 on the clock. However, UMass stretched it back out to 16.

Sophomore guard Tyree Crump hit consecutive threes to knock it to a 10-point game at 65-55 with a little more than five minutes remaining. Again, the Minutemen continued to answer each Georgia run. The last push for Georgia was a 7-0 run that pulled the game within eight points at 70-62, but with 11 seconds left it was too late and UMass held on for the win.

The Bulldogs return home to battle the instate rival Georgia Tech Yellow Jackets Tuesday, Dec. 19. Tip-off is scheduled for 9 p.m. and will be aired on ESPN2.