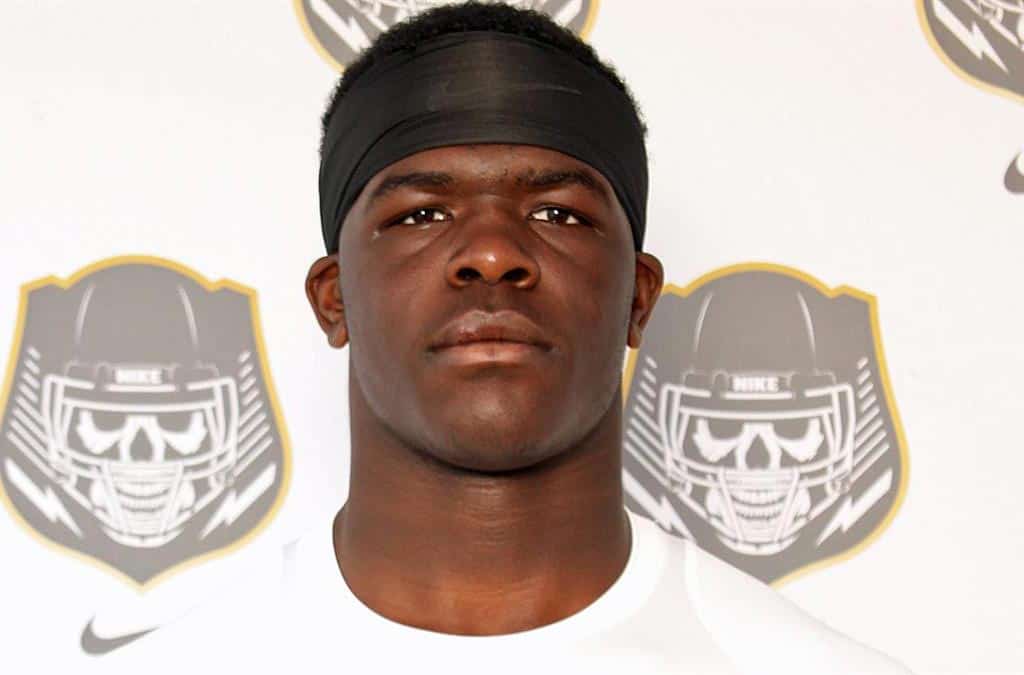 UGA football has received their 18th commitment for the class of 2018, this one from four-star defensive tackle Jordan Davis of Charlotte, NC (Mallard Creek H.S.).

Davis (6-6, 330) committed to the Georgia Bulldogs over Florida State, North Carolina, Michigan, and Miami. He also had offers from Florida, NC State, and Ole Miss.

“I like the proximity to home and the coaches, especially Coach [Tray] Scott, who you probably know gave me my first offer when I started playing football my sophomore year,” Davis told Deana King of NCPrep.com. “The recruiting class coming in 2018 isn’t bad either.”

Rivals.com rates Jordan Davis as a four-star recruit, the No. 16 defensive tackle, and the No. 223 overall recruit for the 2019 class.

Davis is rated 4-stars, the No. 27 defensive tackle, and the No. 312 overall recruit in the 247Sports Composite.

The commitment of Jordan Davis bumps UGA’s 2018 class ranking up to 5th in the country, per 247Sports. The Bulldogs trail only Ohio State, Texas, Penn State, and Miami.