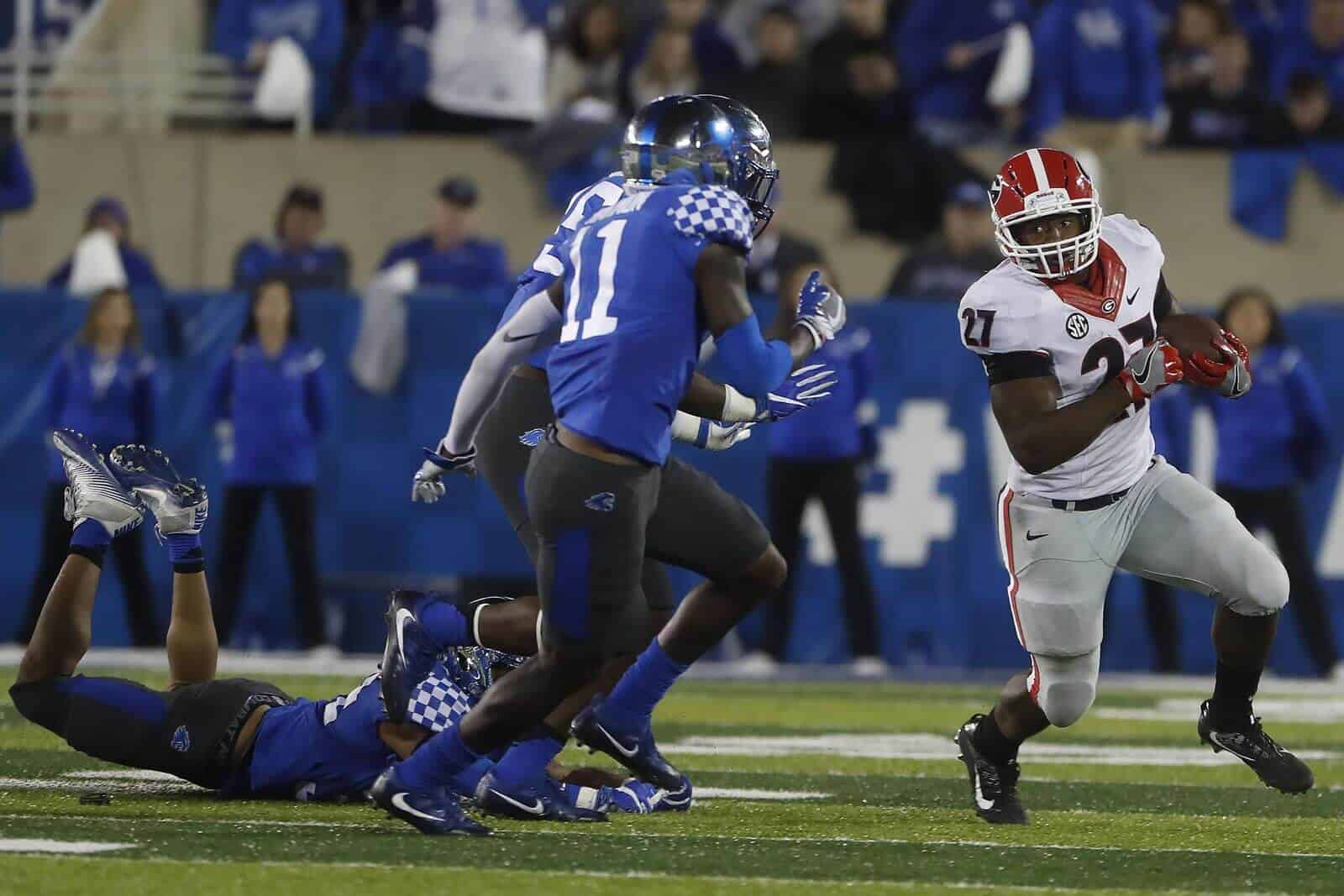 The UGA football home game against the Kentucky Wildcats on Saturday, Nov. 18 will be televised by CBS at 3:30pm ET, the conference has announced.

The Bulldogs beat the Wildcats 27-24 last season in Lexington. Georgia leads the series 56-12-2 and the Bulldogs have won seven straight in the series.

This will be Georgia’s fifth appearance on CBS this season. Georgia appeared on CBS against Tennessee on Sept. 30, vs. Florida on Oct. 28, and against South Carolina on Nov. 4.

The Bulldogs also face Auburn on CBS this weekend at 3:30pm.

Kickoff and TV for Georgia’s final game of the 2017 regular-season at Georgia Tech on Nov. 25 will be announced next Monday, Nov. 13 or, at the latest, Sunday, Nov. 19.