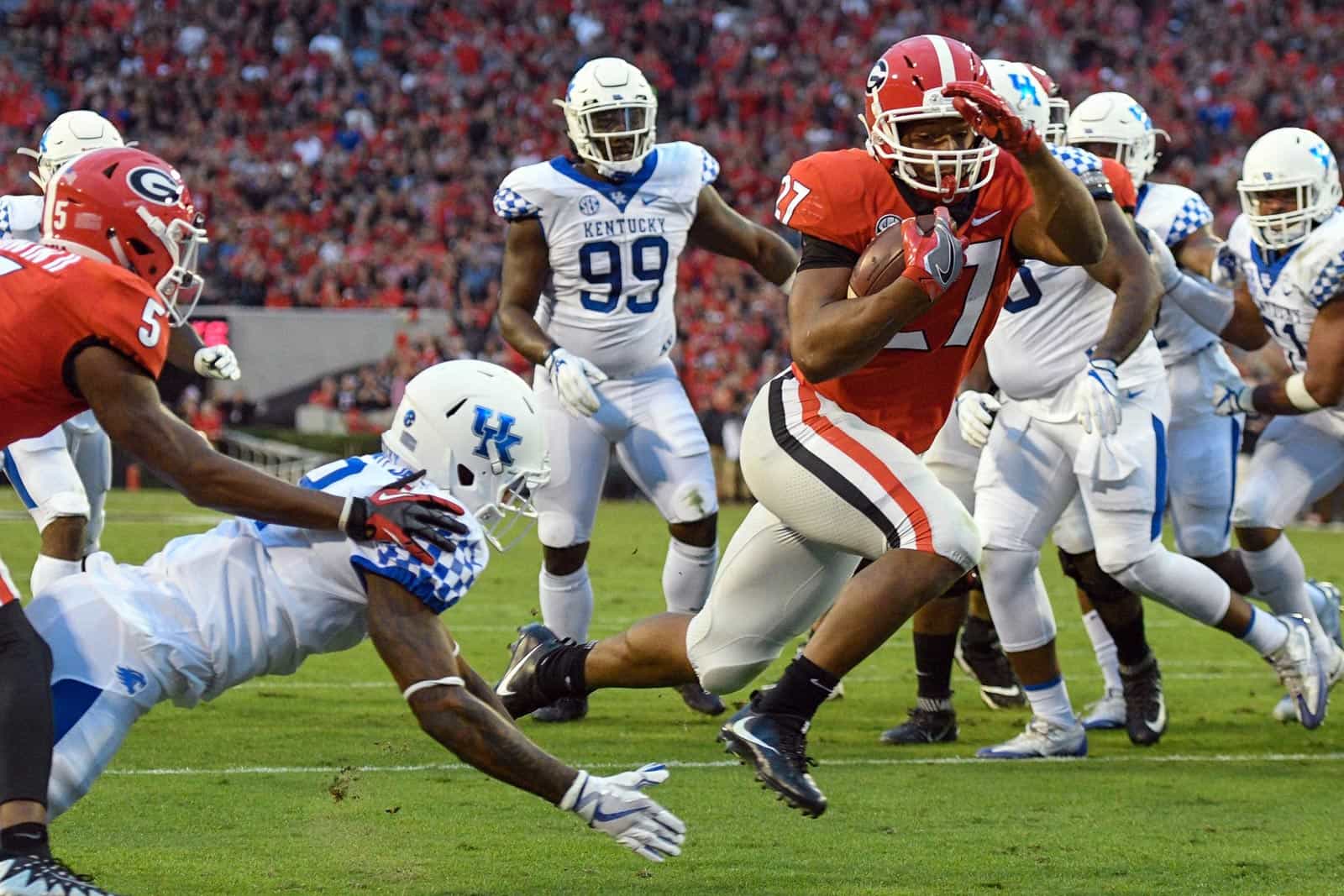 ATHENS, Ga. – Georgia senior tailback Nick Chubb has been named the Southeastern Conference Offensive Player of the Week following the 42-13 rout of Kentucky, according to a league announcement.

Chubb, a native of Cedartown, Ga., posted a season-best performance of 151 yards rushing on 15 carries (10.1 average) and scored two touchdowns, including a season-long 55-yard run, to push the #7 Bulldogs past the Wildcats. Chubb joined Herschel Walker as the only Bulldogs in history to rush for 1,000 yards or more in three different seasons after hitting the 1,045 mark last Saturday. Chubb currently ranks fourth on the all-time SEC list with 4,469 yards and is fourth on the NCAA FBS active list with six fewer games played than anyone above him.