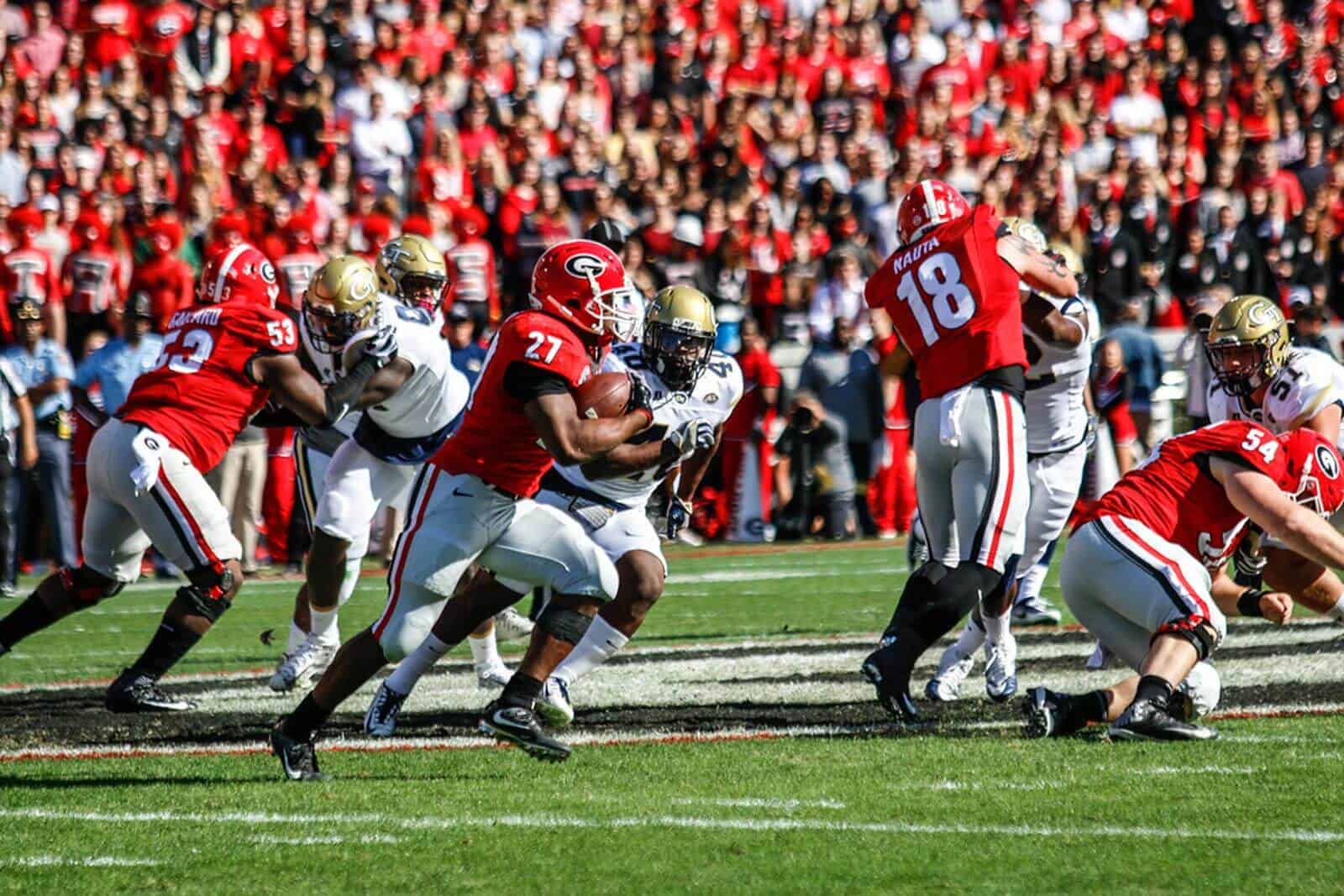 The UGA football game at in-state rival Georgia Tech will be televised by ABC at Noon ET, the ACC has announced.

The Bulldogs fell to the Yellow Jackets last season 28-27 in Athens and have dropped two out of the last three meetings. However, Georgia still leads the series 65-41-5.

Georgia is set to face Alabama or Auburn in the 2017 SEC Championship Game at Mercedes-Benz Stadium in Atlanta on Saturday, Dec. 2. The game will be televised by CBS at 4pm ET.