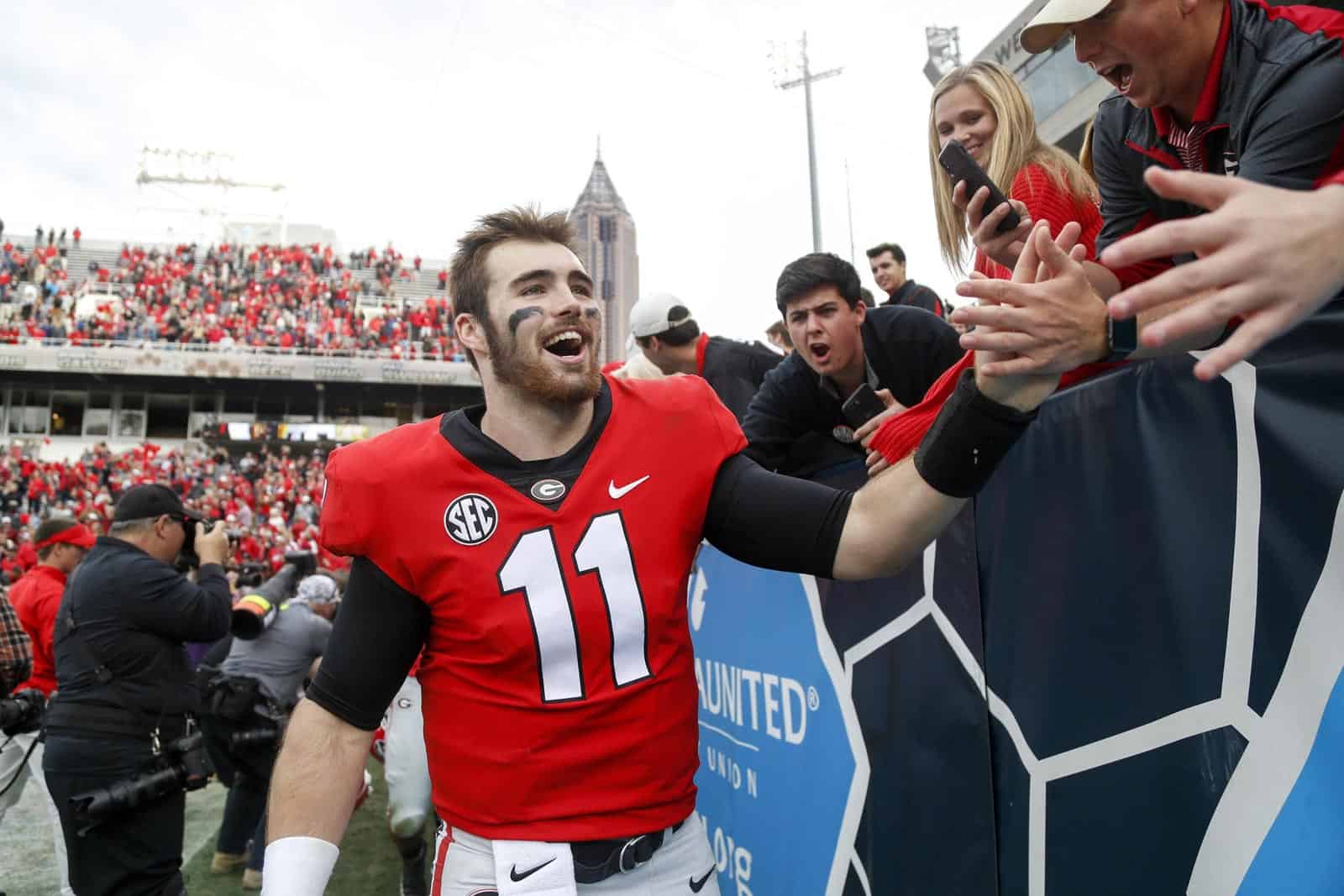 ATHENS, Ga. – Georgia quarterback Jake Fromm has been named the Southeastern Conference Freshman of the Week following the 38-7 victory at Georgia Tech, according to a league announcement.

Fromm, a native of Warner Robins, Ga., matched a career-high 75 percent completion rate on 12-for-16 passing for 224 yards and two touchdowns during the Bulldogs’ latest win in Atlanta. He also added two rushes for 20 yards in the contest. Fromm stands third in the SEC in Pass Efficiency with a 167.7 mark after highlighting Saturday’s performance with a career-long 78-yard touchdown strike to junior Ahkil Crumpton.

Fromm has directed an offense that finished the regular season ranked third in SEC games in Scoring Offense at 36.9 points/game. He helped make the Bulldogs the 10th team in school history to tally at least 11 wins in a season and first since 2012.

The sixth-ranked Bulldogs (11-1, 7-1 SEC) travel to Atlanta for the SEC Championship Game versus fourth-ranked Auburn (10-2, 7-1 SEC) on Saturday in Mercedes-Benz Stadium. CBS will televise the matchup at 3:30 p.m.