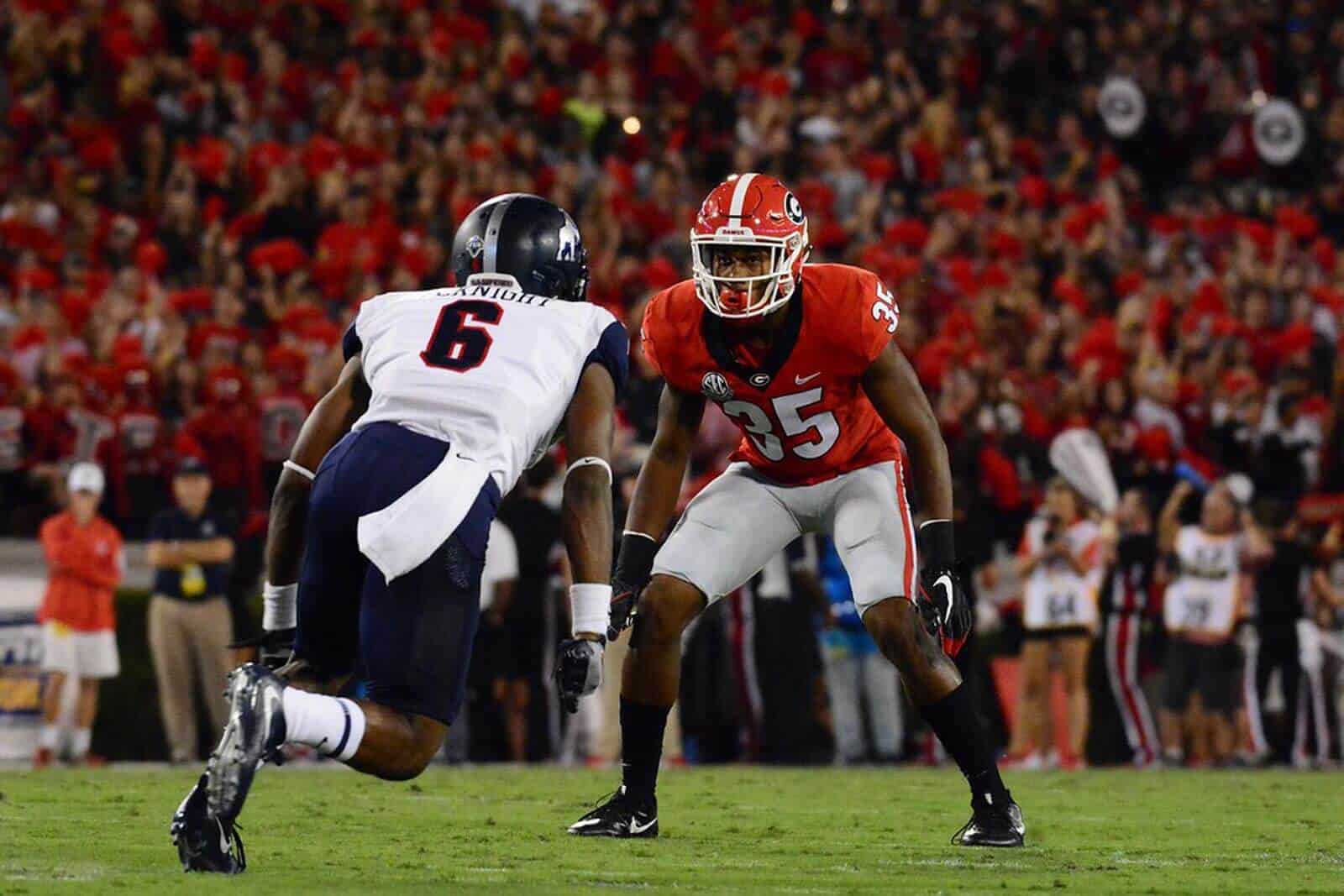 ATHENS, Ga. – Georgia senior defensive back Aaron Davis has been named one of 10 semifinalists for the Burlsworth Trophy, which honors college football’s most outstanding player who began his career as a walk-on.

Davis, a native of Locust Grove, Ga., is one of two players from the Southeastern Conference who will now be vying to be one of the award’s finalists.

Davis has started the last 15 Bulldog games and 39 overall in his career, racking up 169 tackles, 2.5 sacks, nine TFLs, three forced fumbles, four fumble recoveries and four interceptions over the last four years. This season, Davis is fifth on the team with 28 stops and has a forced fumble.

Davis had an interesting path to become one of the Bulldogs’ leaders in the secondary. He battled knee injuries while at Luella High School and had no Division I offers when he completed his prep career. He started at Georgia as a walk-on and redshirted the 2013 season before working his way to a scholarship prior to the 2015 season.

A two-time CoSIDA Academic All-District selection, Davis has earned his Finance degree and his working on a second degree in Computer Science. He was also recently named to the 2017 Allstate AFCA Good Works Team for his dedication to the community.