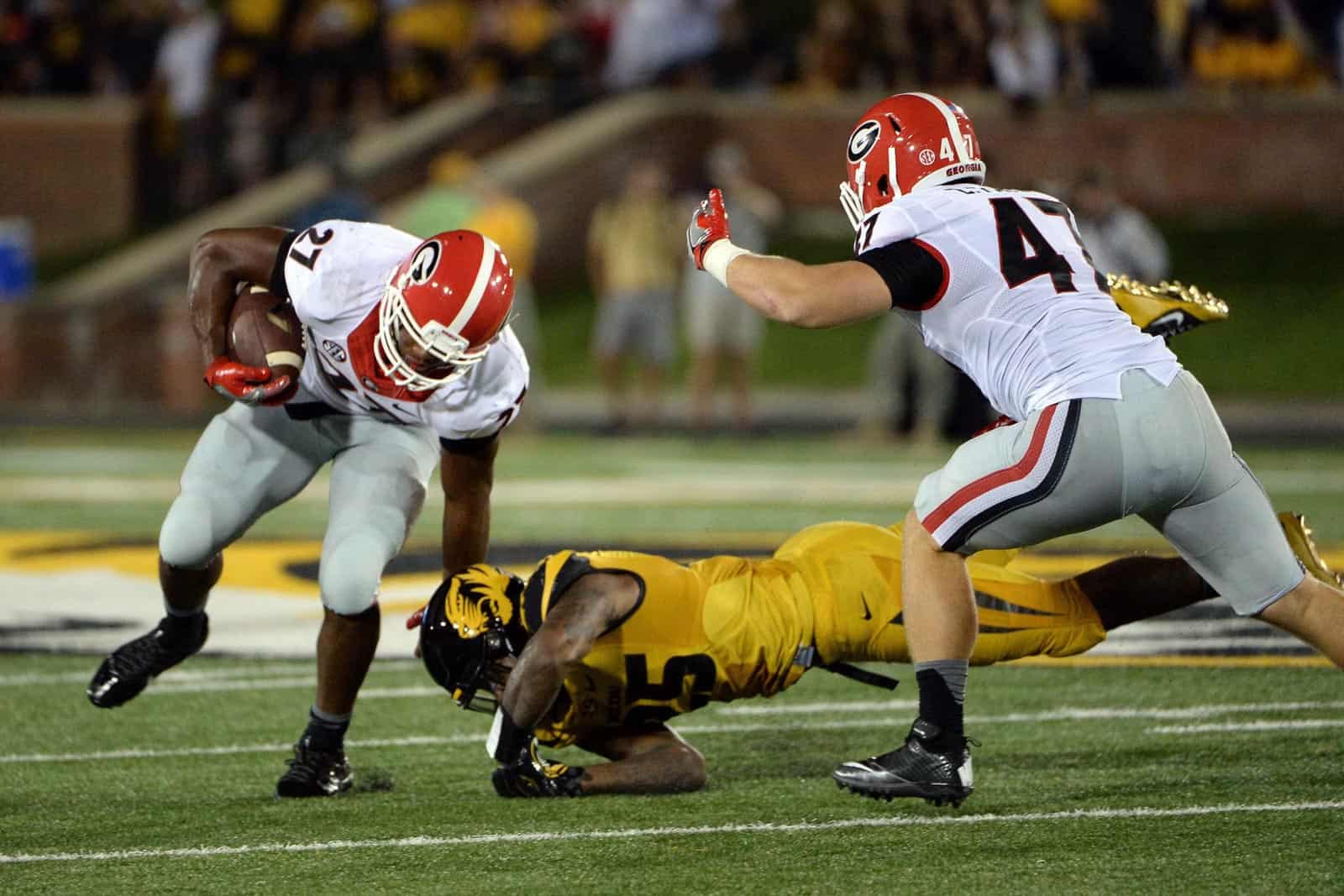 Georgia’s homecoming game against the Missouri Tigers on Saturday, Oct. 14 will be televised by the SEC Network at 7:30pm ET, the conference has announced.

The Bulldogs beat the Tigers 28-27 last season in Columbia. Georgia is 5-1 all-time against Missouri and the Bulldogs have won three straight in the series.

This will be Georgia’s second appearance on the SEC Network this season. Georgia played Appalachian State and Mississippi State on ESPN, Notre Dame on NBC, Samford on the SEC Network (alternate), and Tennessee on CBS. UGA travels to Vanderbilt this weekend, and the game is set for noon ET on ESPN.

Kickoff and television for the Georgia-Florida game in Jacksonville on Oct. 28 was previously set for 3:30pm ET on CBS.