No. 1 QB Justin Fields commits to Georgia for 2018

No. 1 QB Justin Fields commits to Georgia for 2018 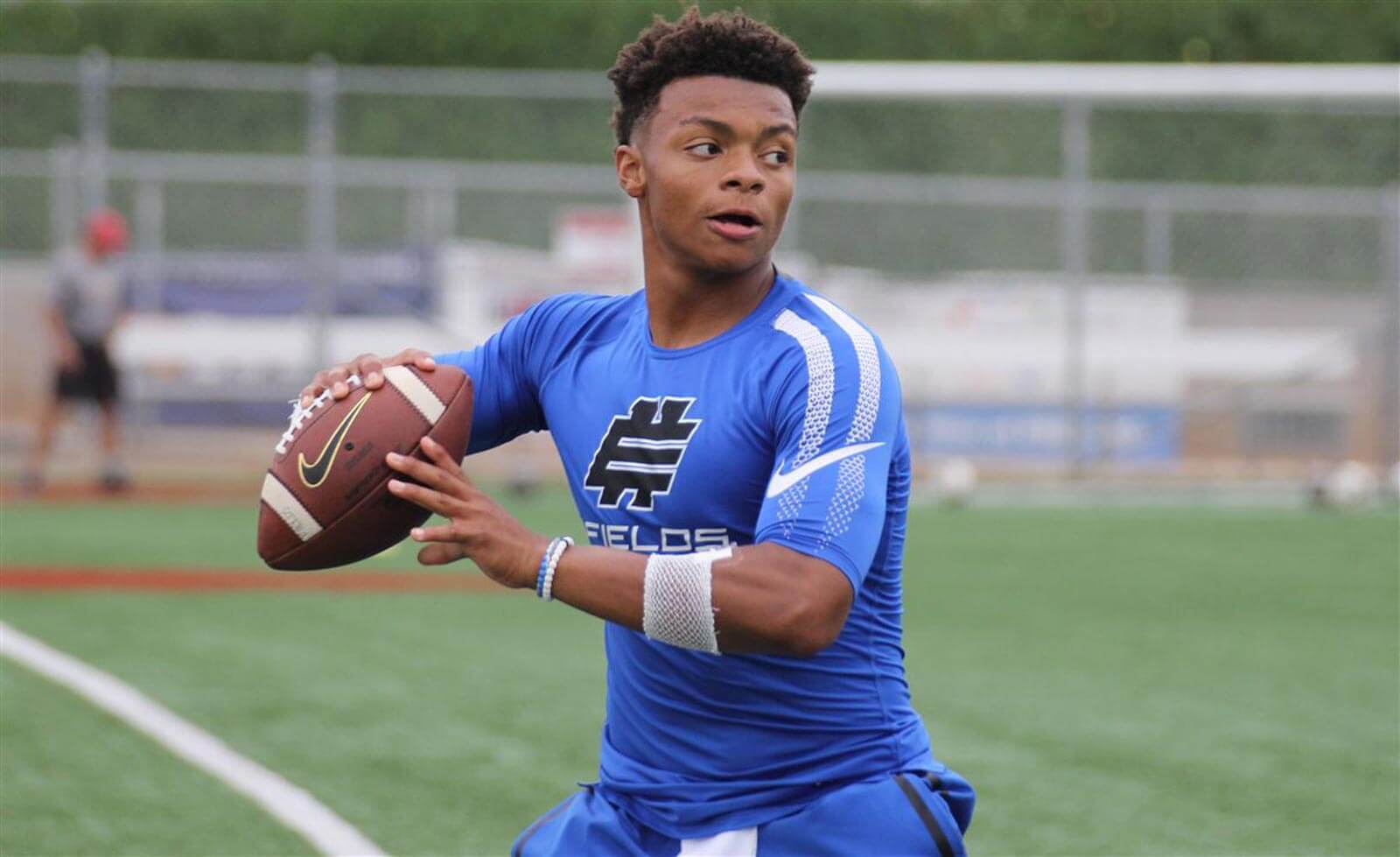 Justin Fields, the number one ranked quarterback for the 2018 class, committed to the Georgia Bulldogs Friday morning.

Fields announced his commitment to UGA on Friday at a ceremony at his high school.

Justin Fields (6-3, 221) plays for Harrison High School in Kennesaw, Georgia. He committed to the Bulldogs over Alabama, Auburn, Florida State, LSU, and others.

In the 247Sports Composite, Justin Fields is listed as a five-star recruit, the No. 1 dual-threat quarterback, and the No. 1 overall recruit in the country for the 2018 class.

Scout.com and Rivals.com also rate Walthour as a three-star recruit.

The Georgia Bulldogs now have a total of 14 commitments for the class of 2018. Walthour is the fourth defensive lineman to commit to UGA.

Great Day to be a Dawg!! #TheChosen1 pic.twitter.com/EqNGwnzSze