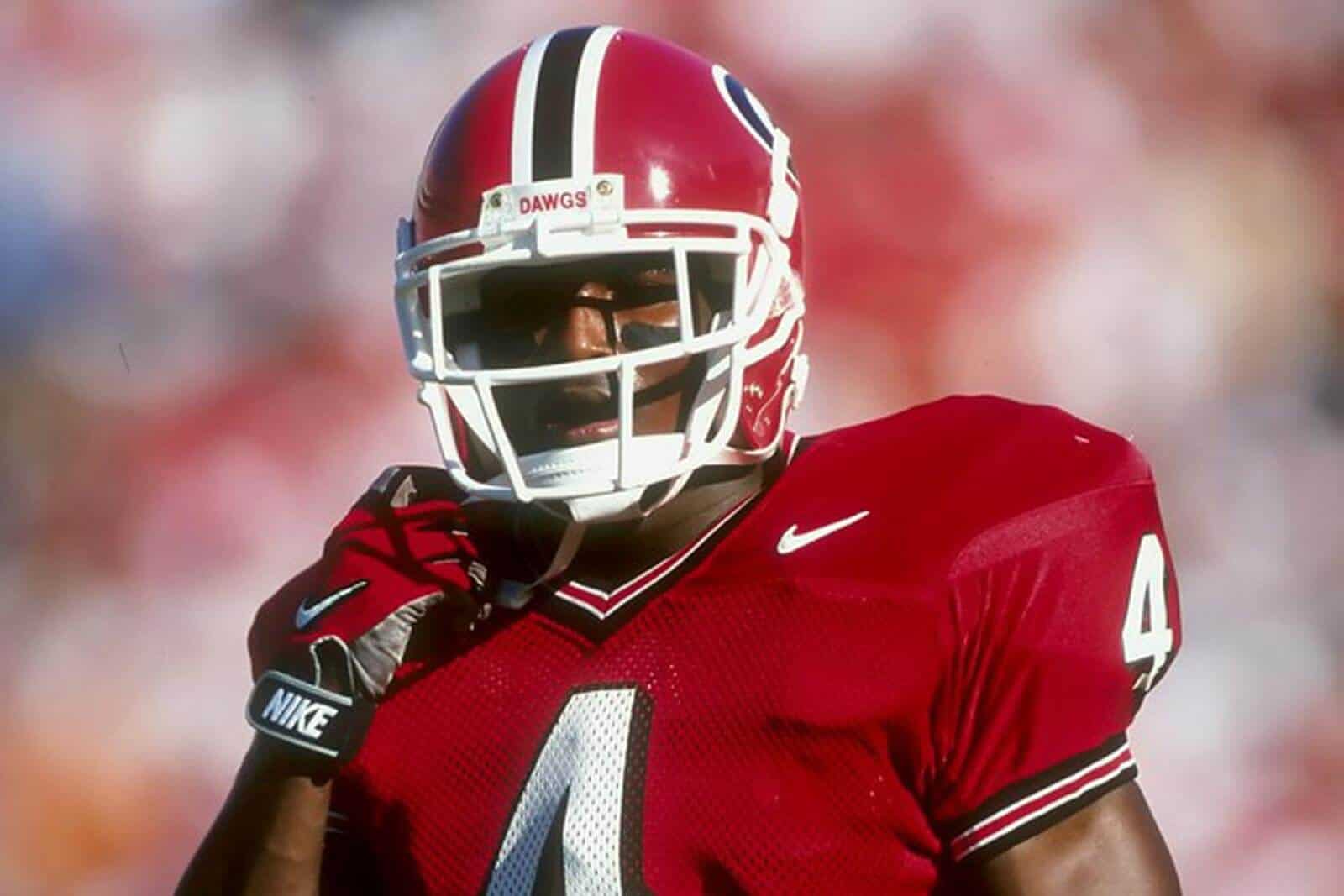 Former UGA defensive back Roland “Champ” Bailey has been named to the 2017 SEC Legends Football class, the conference announced on Tuesday.

Champ Bailey was a two-way standout for the Bulldogs from 1996 through 1998, playing wide receiver as well as fielding punt and kick returns.

In his three seasons at Georgia, Bailey recorded eight interceptions with one returned for a touchdown. On offense, Bailey caught 59 passes for 978 yards and five touchdowns to go along with 21 rushes for 99 yards.

In his 14 seasons in the NFL, Champ Bailey was a 12-time Pro Bowl selection, the most of any cornerback in history.

Below is more on Champ Bailey from the SEC release:

Georgia defensive back Roland “Champ” Bailey was a consensus All-American performer on offense, defense and special teams for the Bulldogs. A workhorse player, Bailey played more than 1,000 plays during his junior season in 1998, including more than 100 plays in seven different games. The All-Southeastern Conference selection was named winner of the Bronko Nagurski Award as the nation’s top defensive player and was a consensus All-American selection. Bailey was drafted by the Washington Redskins in the first round of the 1999 NFL draft and was a 12-time Pro Bowl selection from 2000-2013 as a member of the Redskins and the Denver Broncos. He was named a member of the Football Writers Association of America 75th Anniversary All-America first team in 2015.