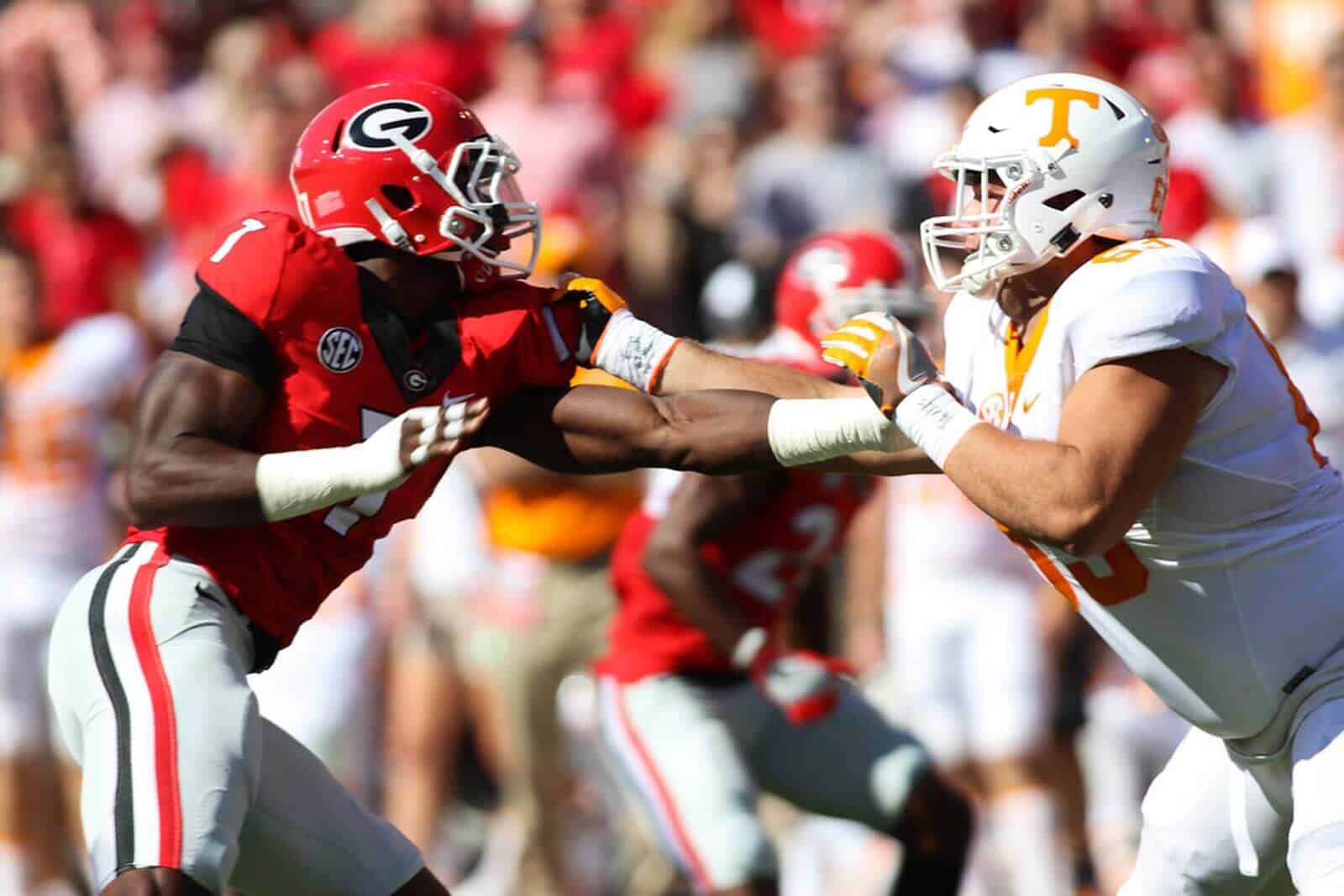 Georgia’s game in Knoxville against the Tennessee Volunteers on Saturday, Sept. 30 will be televised by CBS at 3:30pm ET, the conference has announced.

UGA fell to Tennessee 34-31 last season in Athens on a last-second Hail Mary. In Georgia’s last trip to Knoxville in 2015, the Bulldogs lost 38-31.

This will Georgia’s first appearance on CBS this season. The Bulldogs played Appalachian State on ESPN, Notre Dame on NBC, and Samford on the SEC Network (alternate). UGA faces Mississippi State this weekend at 7:00pm ET on ESPN.