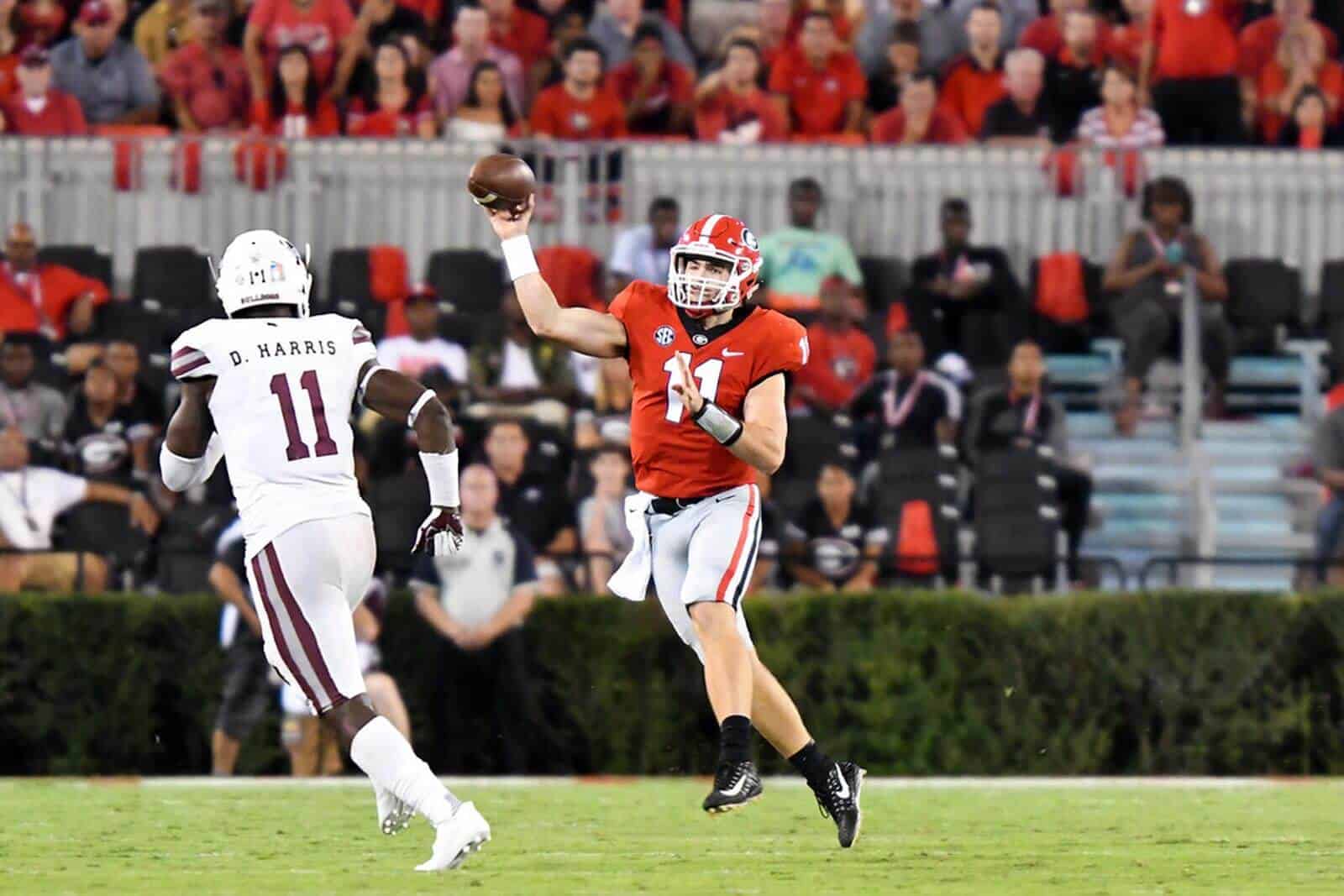 UGA quarterback Jake Fromm has been named the SEC Freshman of the Week, the conference announced on Monday.

In Georgia’s 31-3 win over then 17th-ranked Mississippi State, Fromm completed 9-of-12 passes for 201 yards and two touchdowns.

On the Bulldogs’ first offensive play, Fromm received a flea-flicker from tailback Nick Chubb and then tossed a 59-yard touchdown to wide receiver Terry Godwin.

In four games this season filling in for Jacob Eason, Jake Fromm has completed 43-of-69 passes (62.32%) for 650 yards with seven touchdowns and only one interception. Fromm’s QB rating is currently 172.03.

Georgia’s next game is this Saturday at Tennessee. The game is set for 3:30pm ET on CBS.