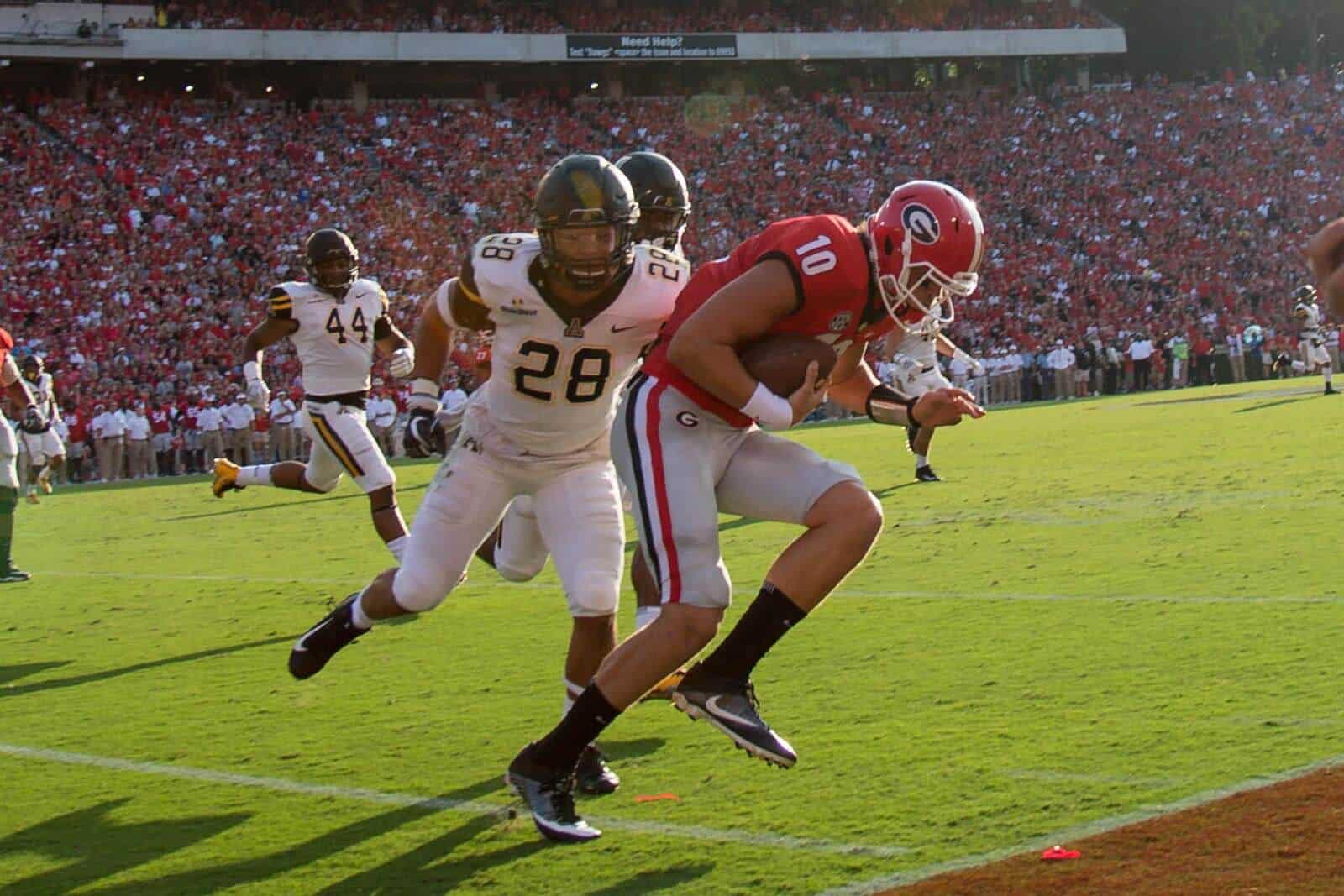 UGA quarterback Jacob Eason will be out indefinitely with a sprained knee ligament, head coach Kirby Smart announced on Monday.

Eason, who Smart said will play again this season, sprained a ligament in his knee running out of bounds in the first quarter of the season-opener against the Appalachian State Mountaineers. In just three series, Eason completed one of three passes for four yards.

True freshman Jake Fromm came into the game and led the Bulldogs to a 31-10 victory. Fromm completed 10-of-15 passes for 143 yards and a touchdown.

Fromm will make his first career start this Saturday when the Dawgs travel to take on the Notre Dame Fighting Irish in South Bend, Indiana. The game will be televised by NBC at 7:30pm ET.

The Irish won their season-opener 49-21 at home over the Temple Owls.

Georgia and Notre Dame’s first and only meeting came in the 1981 Sugar Bowl. The Bulldogs defeated the Irish 17-10 to claim the 1980 National Championship.