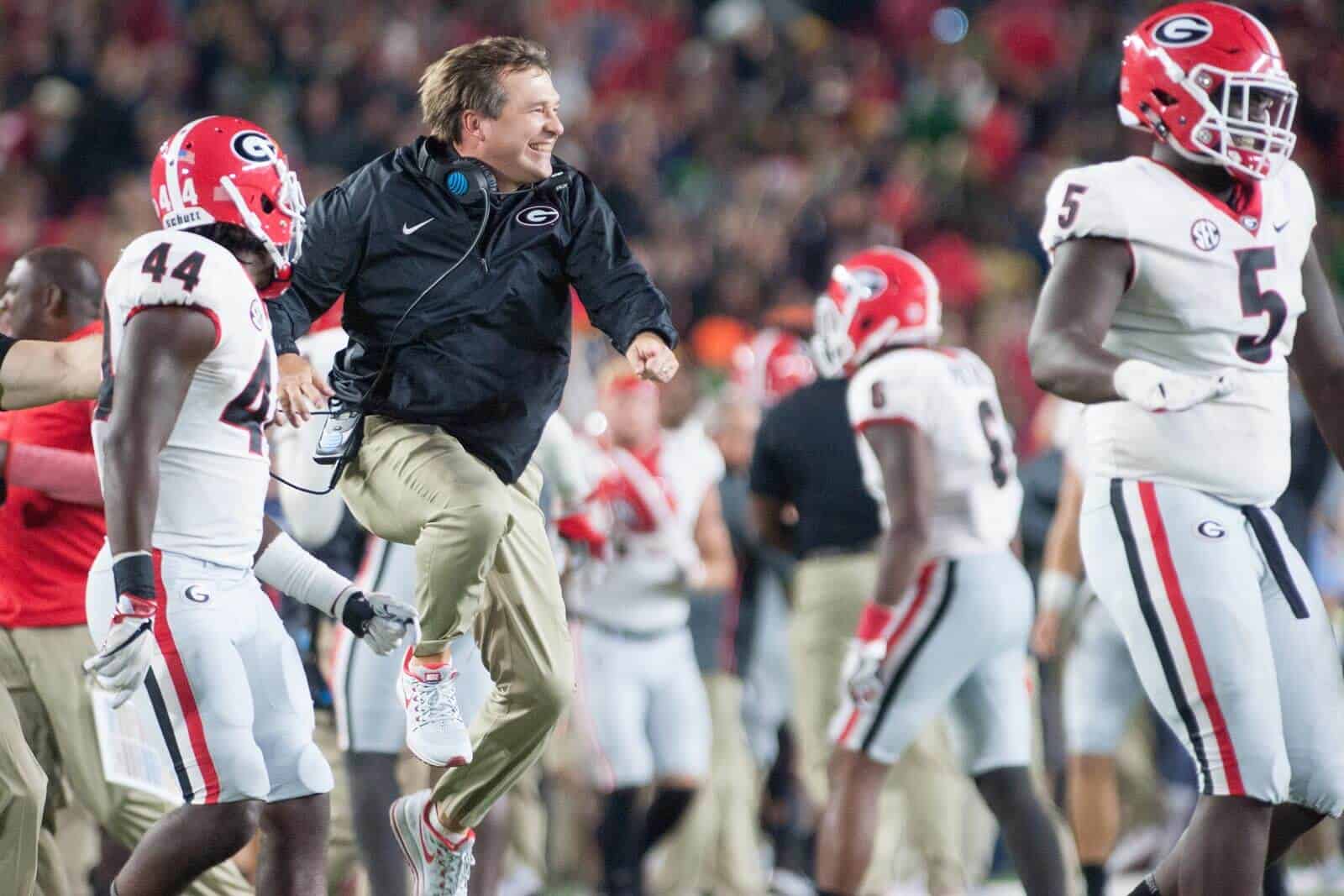 The 2018 Georgia Bulldogs Football Schedule has been officially announced. UGA opens the 2018 season at home on Sept. 1 vs. Austin Peay.

Georgia faces a difficult SEC road schedule in 2018, including trips to South Carolina (Sept. 8), Missouri (Sept. 22), LSU (Oct. 13), and Kentucky (Nov. 3), in addition to the Florida game in Jacksonville on October 27 (Georgia is the home team).

Georgia’s remaining non-conference games will all take place in Athens, including Middle Tennessee on Sept. 15, UMass on Nov. 17, and Georgia Tech on Nov. 24.

The 2018 SEC Championship Game will be played on Saturday, Dec. 1 at Mercedes-Benz Stadium in Atlanta.