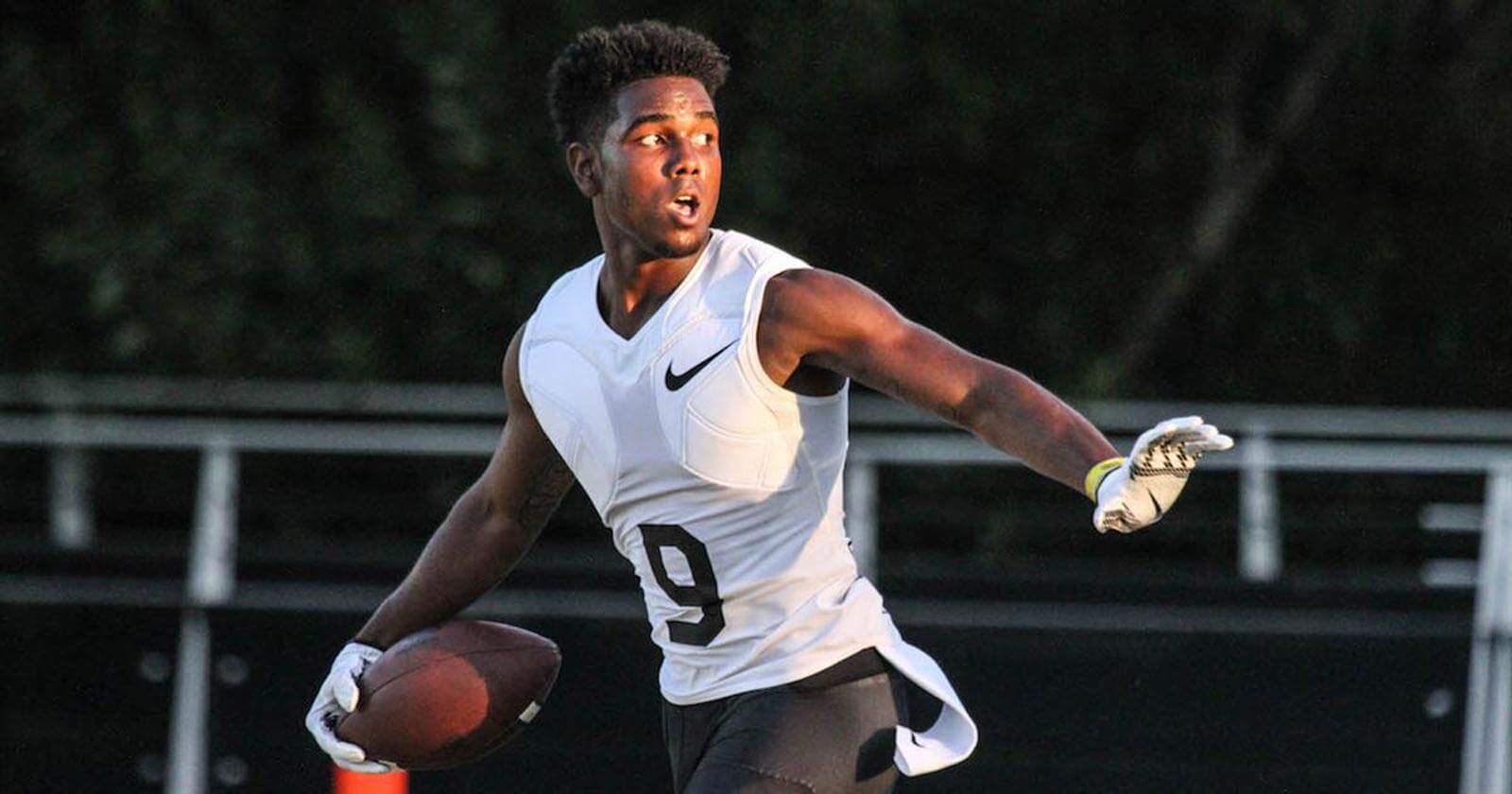 The Georgia Bulldogs have picked up a verbal commitment from four-star wide receiver Elijah Moore of Fort Lauderdale, Florida for the class of 2018.

“Thank God for everything he has done in my life and for the people he has placed in it,” Moore began in a tweet Tuesday evening.

“With countless discussions and sleepless nights, I have decided to Commit To The University of Georgia. GO DAWGS.”

Moore (5-11, 170) plays for St. Thomas Aquinas High School. He committed to the Bulldogs over offers from most of the top schools, including Auburn, Alabama, Arkansas, Louisville, LSU, Miami, Michigan, Michigan State, Oregon, UCLA, Tennessee, and others.

In the 247Sports Composite, Elijah Moore is listed as a four-star recruit, the No. 38 wide receiver, and the No. 180 overall recruit for the 2018 class.

Scout.com and Rivals.com also rate Moore as a four-star recruit.

The Georgia Bulldogs now have a total of ten commitments for the class of 2018.