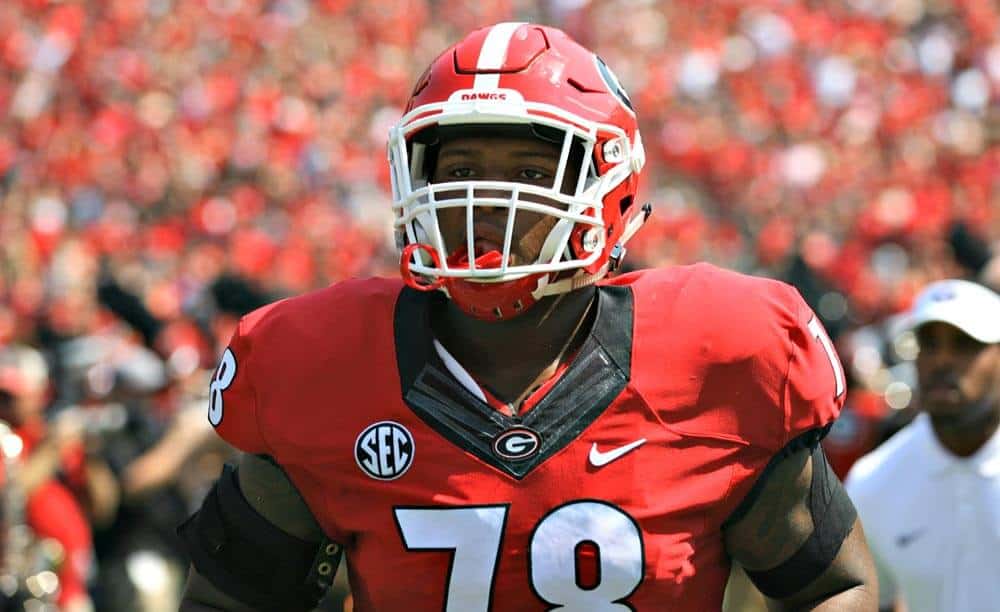 UGA junior defensive tackle Trent Thompson has been named to the 2017 Bronko Nagurski Award Watch List and the 2017 Outland Trophy Watch List, according to announcements on Thursday.

The Bronko Nagurski trophy is an annual award given to the top defensive player in college football as voted by the Football Writers Association of America (FWAA). 103 players have been named to the list and the ACC leads with 20 players.

The Outland Trophy, also awarded by the FWAA, is given to the nation’s best interior lineman. The ACC again leads the list with 17 of 81 players named.

On Wednesday, Nov. 15, the Outland Trophy list will be trimmed to six or seven semifinalists. Three finalists will be named six days later, and the winner will then be announced live on ESPN at The Home Depot College Football Awards on Thursday, Dec. 7.

Trent Thompson hails from Albany, Georgia. Last season, he had 56 total tackles (24 solo, 32 assisted) and five sacks for a loss of 39 yards.