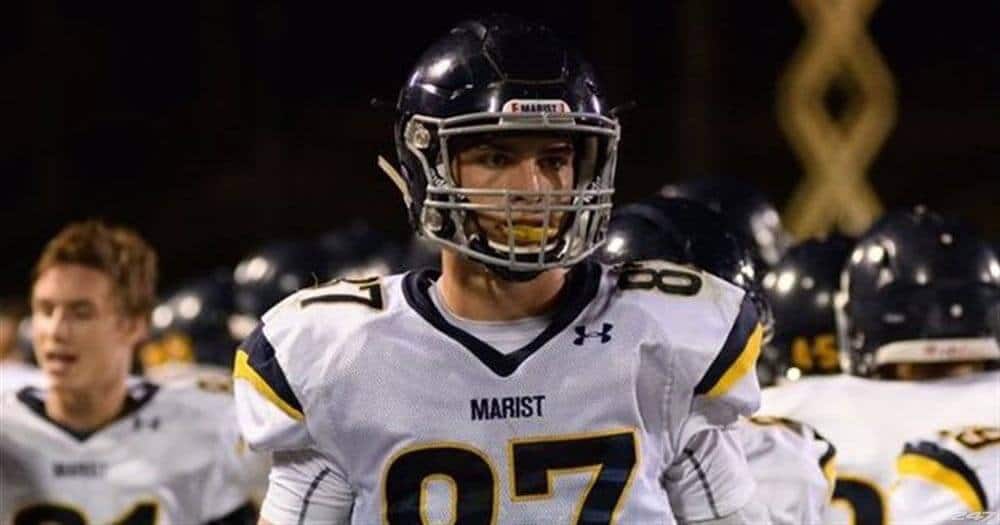 The Georgia Bulldogs have picked up a verbal commitment from three-star tight end John Fitzpatrick of Atlanta, Georgia (Marist School) for the class of 2018.

Very excited to announce I'm committed to the University of Georgia! pic.twitter.com/xbvKJzbNrs

In the 247Sports Composite, John Fitzpatrick is listed as a three-star recruit, the No. 34 tight end, and the No. 745 overall recruit for the 2018 class.

The Georgia Bulldogs now have a total of eight commitments for the class of 2018.