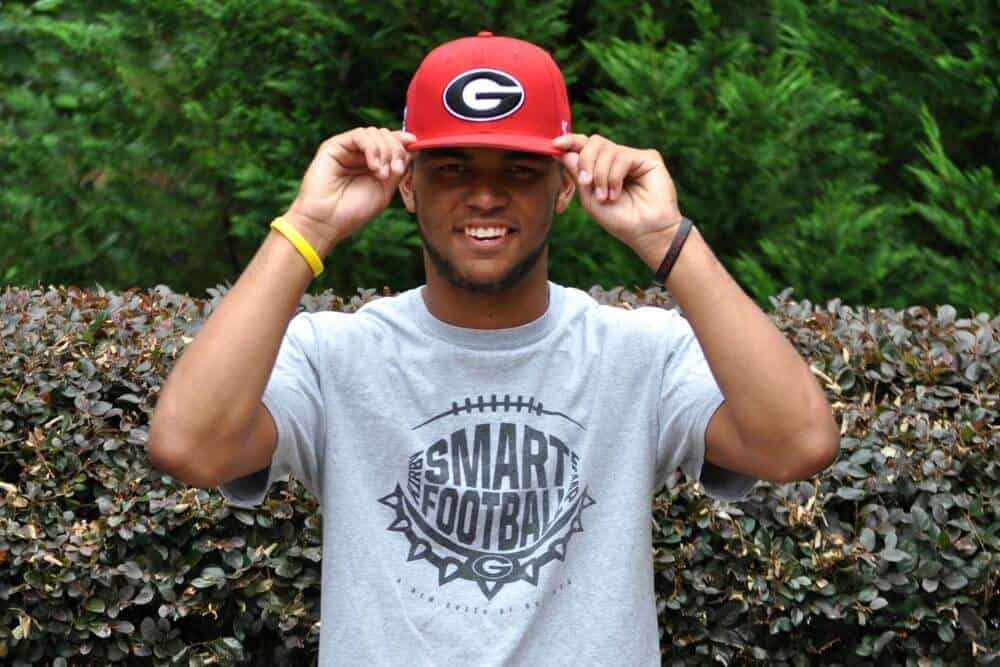 Over the weekend, the Georgia Bulldogs added two big-time commitments for the class of 2019 — four-star outside linebacker J.D. Bertrand and five-star wide receiver Dominick Blaylock.

I am excited to announce that I am committed to the University of Georgia!! 🐶🐾 #CommitToTheG #NewBreed19 pic.twitter.com/zIpsglD06u

Bertrand (6-1, 215) plays for Blessed Trinity Catholic in Roswell, Georgia. He committed to the Bulldogs over Clemson, Georgia Tech, LSU, and North Carolina.

Dominick Blaylock (6-0, 175) announced his commitment to Georgia on Sunday, also via Twitter.

Blaylock plays for Walton High School in Marietta, Georgia. He committed to UGA over Auburn and Clemson. He also had offers from most of the other top schools, including Alabama, Florida, Florida State, Georgia Tech, Miami (FL), Michigan, Ohio State, Oklahoma, and Tennessee.

In the 247Sports Composite, Blaylock is ranked as a five-star recruit, the No. 2 wide receiver, and the No. 21 overall recruit for 2019.

The addition of J.D. Bertrand and Dominick Blaylock gives Georgia six commitments for the 2019 class. Three of Georgia’s 2019 commitments are rated five-stars and three are rated four-stars.