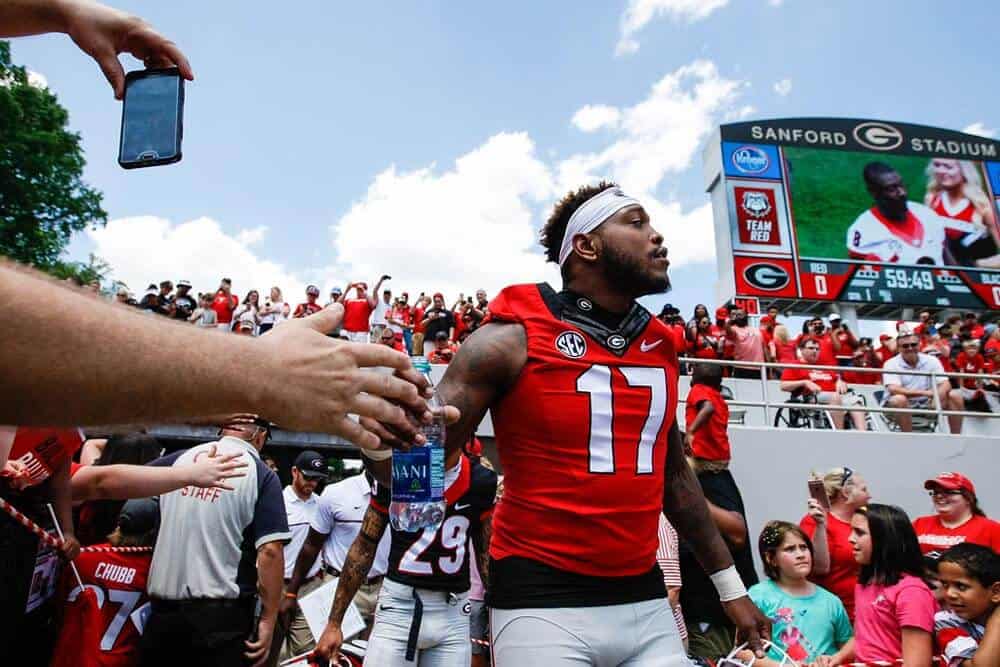 UGA senior outside linebackers Davin Bellamy and Lorenzo Carter have been named to the 2017 Butkus Award Watch List, The Butkus Foundation announced on Monday.

Semi-finalists for the Butkus Award will be announced on Monday, Oct. 30, finalists on Monday, Nov. 20, and winners will be notified on or before Tuesday, Dec. 5.

Davin Bellamy (6-5, 240) hails from Chamblee, Georgia. Last season, he started 11 times and appeared in all 13 games. He finished the season with 51 total tackles (25 solo, 26 assisted), nine tackles for loss, and five sacks.