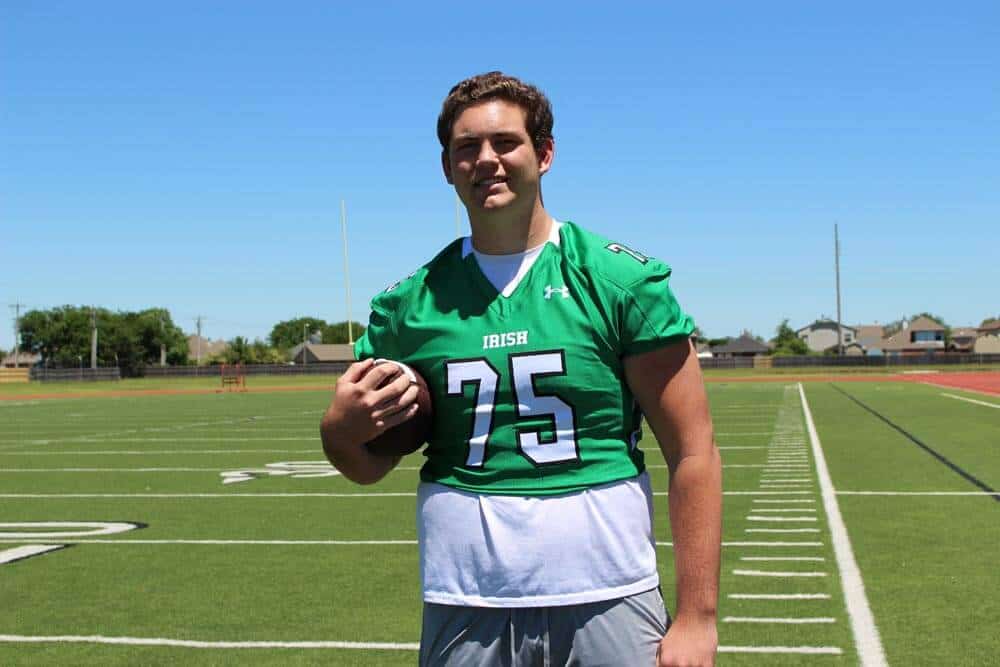 It’s been an awesome experience going through the recruiting process. Along the way, I’ve been blessed to meet some amazing people and visit some great campuses. I’d like to thank all those who have played a part in my journey especially my parents, coaches, and friends who have supported me through it all. I’m excited, blessed, and happy to say I am committed to…

The University of Georgia! #GoDawgs
#RareBreed18

Scout.com rates Owen Condon as a four-star recruit and the 23rd best offensive tackle in the country.

In the 247Sports Composite, Condon is listed as a three-star recruit, the No. 44 offensive lineman, and the No. 526 overall recruit for the 2018 class.

Condon is the sixth commitment for the Georgia Bulldogs for the class of 2018, and the second along the offensive line.

Added a BIG one to the UGA family! #RareBreed18 is growing !! #CommitToTheG pic.twitter.com/Sny9p0gJun