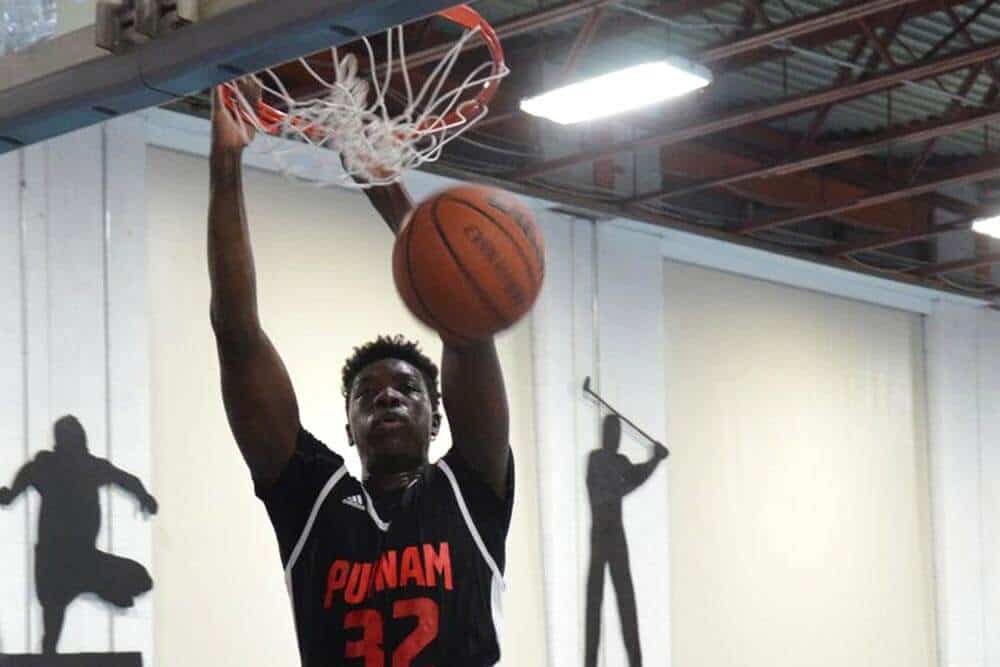 ATHENS, Ga. – Isaac Kante, a 6-8, 225-pound forward from Brooklyn, N.Y., has inked a national letter-of-intent to play at the University of Georgia, head coach Mark Fox announced on Tuesday.

“We really felt like we needed to add another frontline player,” Fox said. “Isaac is a strong, versatile player with a big motor. We’re very excited about him joining our team.”

Kante spent the past year playing at Putnam Science Academy in Connecticut. He averaged 11.0 points and 6.0 rebounds per game for the Mustangs, who finished 34-7 on the year and reached the semifinals of the National Prep Championship tournament. Kante, who started 40 of 41 games, was the team’s third-leading scorer and second-leading rebounder. He also shot a team-best 63 percent from the field.

Kante announced his decision at Paul Robeson High School in Brooklyn, where he averaged 15.5 points and 12.6 rebounds per game en route to earning second-team All-Brooklyn honors as a senior in 2015-16.

Kante is the fourth signee who will join the Bulldogs as freshmen for the 2017-18 season. Last November, Georgia inked Nicolas Claxton, a 6-10, forward from Legacy Charter School in Greenville, S.C., and Rayshaun Hammonds, a 6-8, forward from Norcross, Ga. In April, the Bulldogs signed Teshaun (pronounced t-shawn) Hightower, a 6-5, guard from Lithonia, Ga., who played at Mt. Zion Prep School in Baltimore, Md., during the 2016-17 season.

The quartet of incoming freshmen will attempt to fill the void of Georgia’s 2017 senior class of J.J. Frazier, Kenny Paul Geno, Houston Kessler and Brandon Young. That group finished as the second-winningest class in the history of Georgia Basketball. They also equaled the Bulldogs’ record for most SEC wins over a four-year period.