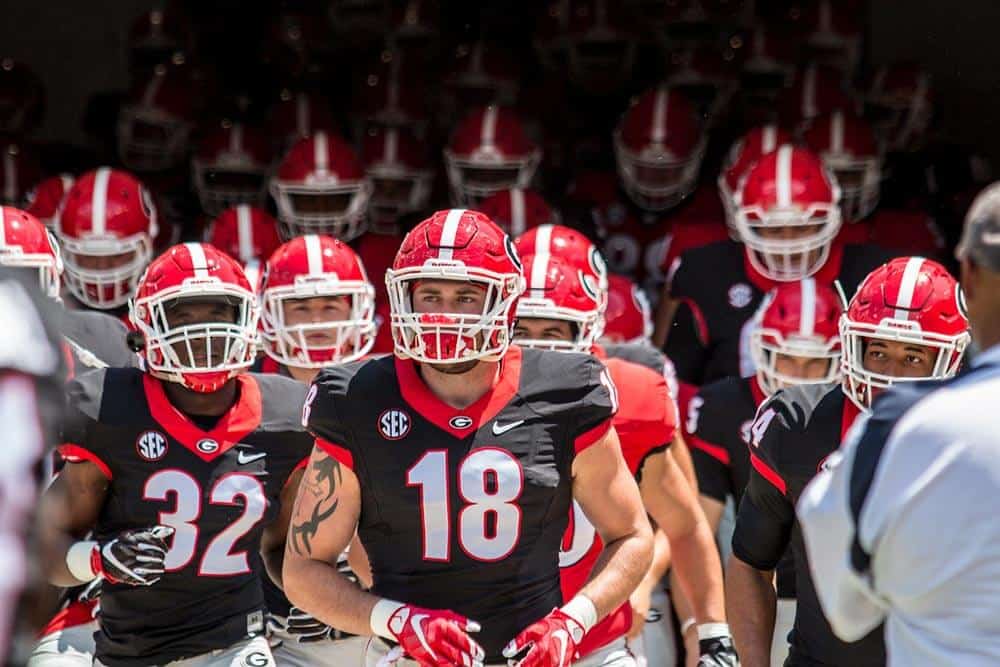 Athlon Sports has released their 2017 Preseason Top 25 and the Georgia Bulldogs are ranked 15th.

Here’s what Athlon Sports has to say about the 2017 Bulldogs:

Kirby Smart’s debut (8-5) was a mild disappointment. But after losing three games by three points or less last season, the Bulldogs aren’t far from the top of the SEC East. With 11 returning starters on defense, and the continued development of Jacob Eason at quarterback, Georgia is Athlon’s pick to win the SEC East in 2017. Eason should benefit from a full offseason to work as the starter, and the backfield tandem of Nick Chubb and Sony Michel should ensure the ground game is among the best in the nation. The question marks on offense remain up front and outside with the receiving corps. Former No. 1 recruit Trenton Thompson had a breakout performance in the Liberty Bowl but was away from the team in the spring. The junior lineman is expected to return, providing Smart with a talented anchor to build around in the trenches. The linebacking corps is among the nation’s best, and three seniors lead the way in the secondary. The annual showdown against Florida in Jacksonville is likely to decide whether or not the Bulldogs win the SEC East.

Georgia opens the 2017 season on Saturday, Sept. 2 at home against the Appalachian State Mountaineers.