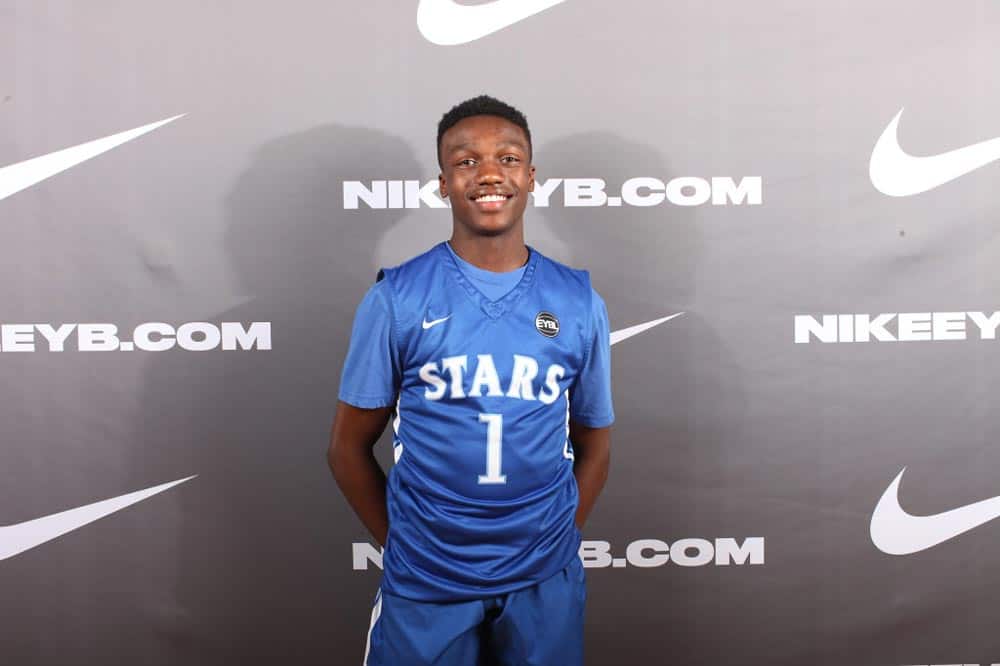 ATHENS, Ga. – Teshaun (pronounced “T-Shawn”) Hightower, a 6-5, guard from Lithonia, Ga., has signed a national letter-of-intent to play for the University of Georgia, head coach Mark Fox announced. Hightower inked his papers on Wednesday, the first day of the NCAA’s spring signing period.

“We’re excited to add another talented Georgia native to our roster,” Fox said. “Teshaun has great speed and quickness and the versatility to play a couple of different positions.”

Hightower spent the 2016-17 season playing at Mt. Zion Prep School in Baltimore. He was named the Warriors’ Most Valuable Player after averaging 19.6 points, 6.2 rebounds and 7.0 assists per game while leading Mt. Zion to a 25-10 record.

Hightower was named first-team All-Gwinnett County by the Gwinnett Daily Post and first-team All-Region 7-AAAAAA following a standout senior season at Collins High School in 2015-16. He averaged 14.3 points, 3.0 rebounds and 3.8 assists per game for the Eagles, who finished 25-5 and reached the “Sweet 16” round of the state tournament.

Hightower is the third member of a recruiting class joining the Bulldogs as freshmen for the 2016-17 season. Last November, Georgia signed Nicolas Claxton, a 6-10, forward from Legacy Charter School in Greenville, S.C., and Rayshaun Hammonds, a 6-8, forward from Norcross, Ga.