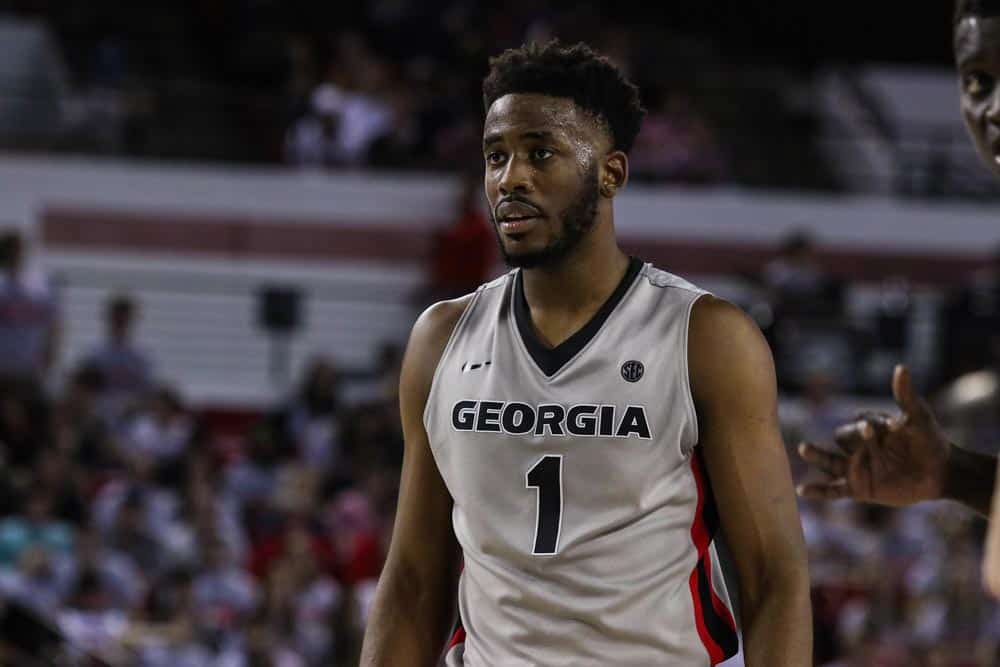 ATHENS, Ga. – Georgia junior Yante Maten announced on Thursday that he plans to submit his name for the 2017 NBA Draft; however, he will not hire an agent.

Maten, a 6-8, 240-pound, All-SEC forward from Pontiac, Mich., will have until May 24 (10 days after the NBA Draft Combine) to make a final decision whether to remain in the draft or return to Georgia for his senior season.

“I have always had the dream of playing in the NBA,” Maten said. “This is a chance for me to safely see where they project me.”

“Like all players, Yante now has the opportunity to get information from the NBA and get an accurate read on their assessment of him at this time,” Georgia coach Mark Fox said. “Once he receives that information, Yante will be able to decide which avenue is in his best interest.”

Maten averaged 18.2 points and 6.8 rebounds per game during the 2016-17 season. He spent much of the season ranked No. 2 in both stats among SEC leaders before a late-season knee sprain caused his averages to slip slightly. Among SEC leaders, Maten still finished fourth in scoring, eighth in rebounding, second in field goal percentage (.519) and ninth in blocked shots (1.5).