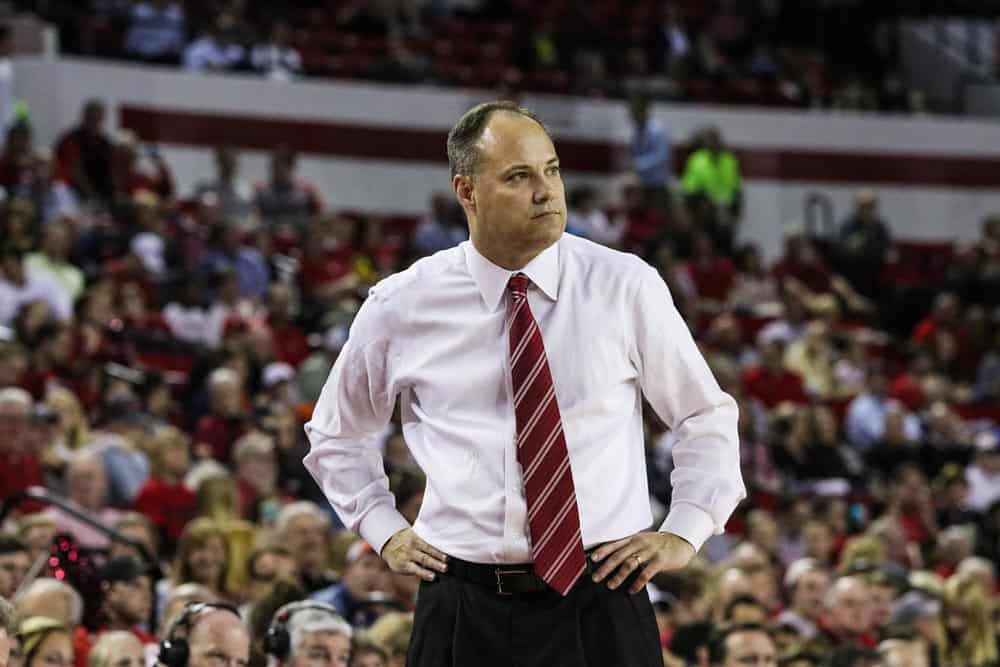 Forde’s piece has since been edited, but here was the text on Fox last night:

Georgia has begun doing due diligence on potential replacements for Fox, with an emphasis on mid-major candidates. Among those considered likely to be on the school’s radar in event of an opening are North Carolina-Wilmington’s Kevin Keatts, East Tennessee State’s Steve Forbes, Chattanooga’s Matt McCall and Winthrop’s Pat Kelsey.

Then on Tuesday morning, UGA’s J. Reid Parker Director of Athletics Greg McGarity issued a response to the Yahoo piece on Mark Fox.

In response to the report by Yahoo Sports, we are NOT in the process of exploring our options to replace Mark Fox. We look forward to Mark leading our program next year and all of our efforts are centered on postseason play. It’s unfortunate we need to respond at this time, but it was necessary to quiet these unfounded rumors.

So for now it appears that Mark Fox will return for his ninth season in Athens. However, there is always the possibility that another team hires him away or he leaves voluntarily.

According to UGASports.com, if Fox were to be fired after this season, he would be owed a $1.7 million buyout.

Fox has led Georgia to only two NCAA Tournaments in his eight seasons and lost in the opening round both times. Barring a run in the SEC Tournament, the Bulldogs are likely out of the NCAA Tournament again this season.

That’s not the only bad mark against Fox as his record at Georgia against ranked teams is abysmal — 7-36 vs. Top 25 teams and 1-12 vs. Top 10 teams (based on ranking when game played).