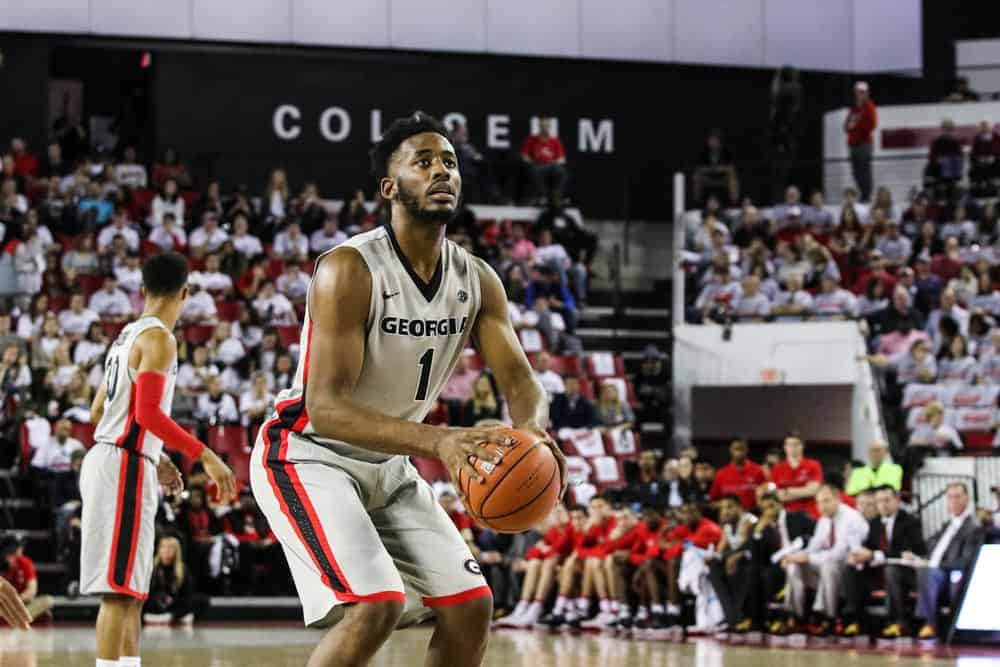 ATHENS, Ga. – Georgia’s Yante Maten has been named to the final watch list for the 2017 Kareem Abdul-Jabbar Center of the Year Award last Friday. The 10-player list was announced by the Naismith Memorial Basketball Hall of Fame, which administers a national player of the year honor for each of basketball’s five positions.

Maten, a 6-8, 240-pound junior from Pontiac, Mich., was originally on the preseason watch list for the Karl Malone Power Forward of the Year Award but was moved to the Abdul-Jabbar ledger by the hall of fame’s selection committee.

Maten has enjoyed a stellar junior season with the Bulldogs. He leads Georgia in both scoring (19.8 ppg) and rebounding (7.6 rpg) and has spent much of the season ranked second in the SEC in those categories.

Maten has posted 21 double-digit scoring outputs in Georgia’s first 22 games, with nine 20-point and three 30-point performances. He also has five double-doubles, second-most in the SEC.

Named after the Hall of Famer and three-time NCAA Champion at UCLA, the honor recognizes the top centers in men’s college basketball. A national committee comprised of top college basketball personnel determined the watch list of 20 candidates in October, which was narrowed to just 10.

“Kareem Abdul-Jabbar is unquestionably one of the most accomplished centers of all-time,” said John L. Doleva, President and CEO of the Basketball Hall of Fame. “His mindful and spirited approach to the game put him in a class of his own at both the collegiate and professional level and we appreciate his insights as we look to recognize the best centers in the game today.”

Abdul-Jabbar played for legendary coach John Wooden at UCLA from 1966-69. He earned numerous accolades including three-time Final Four Most Outstanding Player, three-time National College Player of the Year and three-time consensus first-team All-America. Abdul-Jabbar went on to become a six-time NBA Champion and a 1995 inductee of the Naismith Memorial Basketball Hall of Fame.

In March, five finalists will be presented to Abdul-Jabbar and the Hall of Fame’s selection committee.

The winner will be presented at ESPN’s College Basketball Awards, presented by Wendy’s, live from The Novo by Microsoft in downtown Los Angeles on Friday, April 7, 2017.

Previous Abdul-Jabbar Award winners include Jakob Poeltl from Utah in 2016 and Frank Kaminsky from Wisconsin in 2015.

Maten is one of three SEC players who are watch list finalists for the player position of the year honors, along with Kentucky’s De’Aaron Fox and Malik Monk. Fox is on the list for the Bob Cousy Award, which is given to the top point guard. Monk is up for the Jerry West Award for the nation’s top shooting guard.