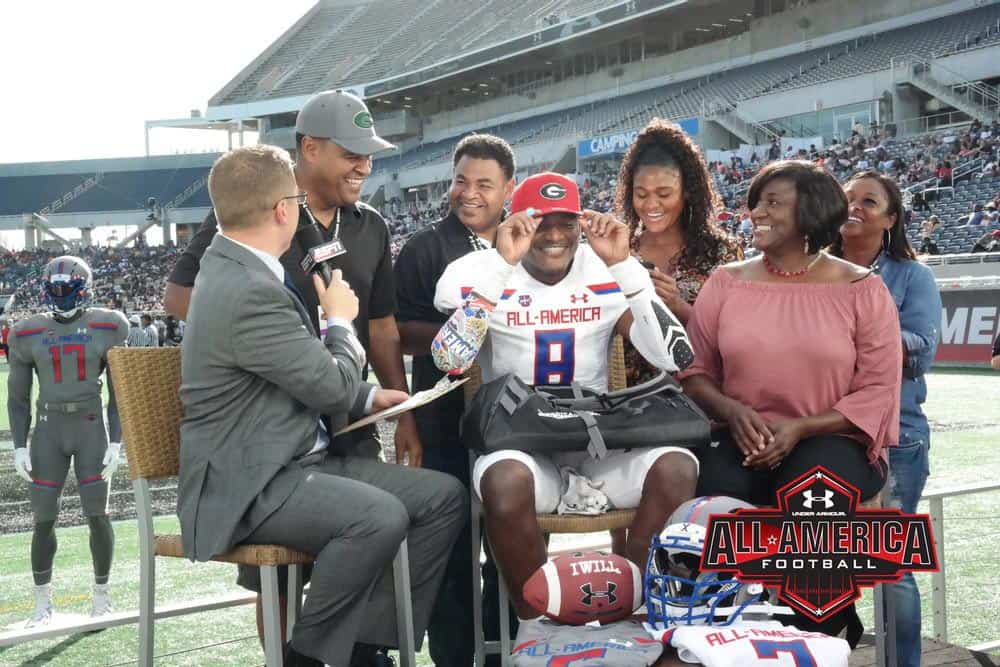 Georgia has picked up another huge football commitment on a holiday, this time on New Year’s Day.

Four-star linebacker Deangelo Gibbs of Loganville, Georgia (Grayson) has committed to the Georgia Bulldogs for 2017. He announced his commitment live at the Under Armour All-American Game in Orlando on Sunday.

In the 247Sports Composite, Deangelo Gibbs is listed as a four-star recruit, the No. 3 safety, and the No. 40 overall recruit for 2017.

Rivals.com also rates Gibbs as a four-star recruit, the ninth-ranked safety, and the No. 141 overall recruit in the country.

Deangelo Gibbs is Georgia’s 21st commitment for the 2017 class, which is currently rated 3rd overall by 247Sports.