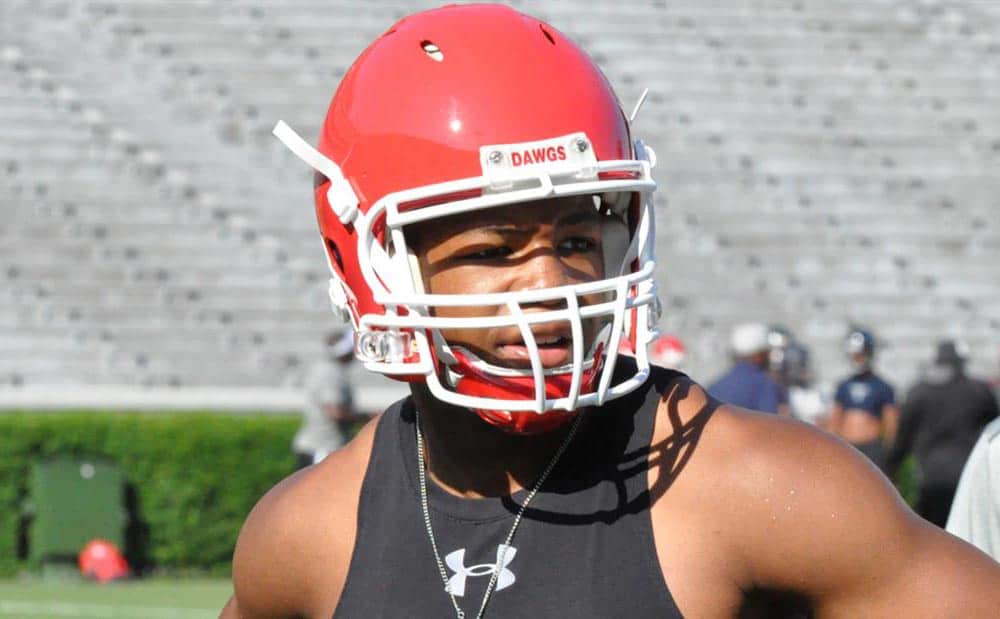 Four-star defensive end Nolan Smith has committed to the Georgia Bulldogs for the class of 2019.

🐾 first but not the last pic.twitter.com/IsBhbzB1yg

Smith (6-2, 190) currently plays for IMG Academy in Bradenton, Florida. He committed to the Bulldogs over offers from Alabama, Miami (FL), South Carolina, and Tennessee.

247Sports rates Nolan Smith as a four-star recruit, the No. 4 weakside defensive end, and the No. 34 overall recruit for the 2019 class.

Smith is the second verbal commitment for Kirby Smart and Georgia for 2019. He joins four-star offensive lineman Luke Griffin of Chatsworth, Georgia.