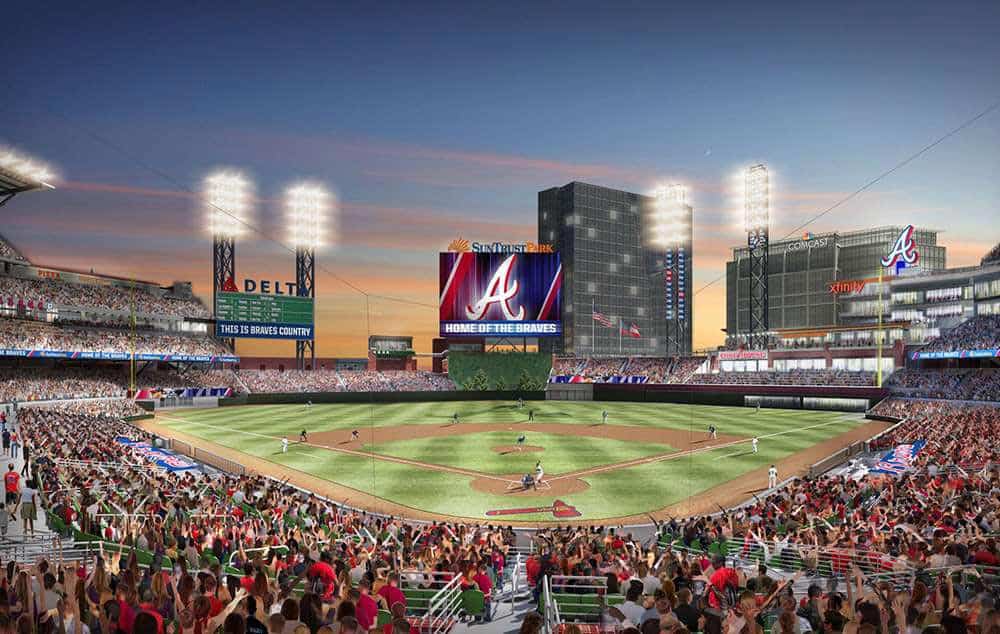 ATHENS, Ga. – Georgia and Missouri will conclude their SEC baseball series Saturday, April 8 at 1:30 p.m. in the first public event at SunTrust Park, the new 41,000-seat home of the Atlanta Braves, to benefit Children’s Healthcare of Atlanta.

Tickets for the Georgia-Missouri game at SunTrust Park are now on sale for $15 and group packages are also available. To purchase tickets go through Ticketmaster charge-by-phone at 800-745-3000, Ticketmaster.com or through Children’s Healthcare of Atlanta at choa.org/firstgame.

“Our players and staff are very excited to have this unique opportunity to play the first game open to the public at SunTrust Park,” said Georgia’s Ike Cousins Head Baseball Coach Scott Stricklin. “We are looking forward to seeing the Bulldog Nation fill up the seats with Red and Black. I would like to thank the Atlanta Braves organization, Children’s Healthcare of Atlanta and the Southeastern Conference for making this possible.”

“This college matchup will be the first time the general public can really immerse themselves in SunTrust Park,” said Derek Schiller, Braves president, business. “With the excitement building around the ballpark, we think we have a great opportunity to have a large crowd in attendance, which would mean a lot of money raised for Children’s Healthcare of Atlanta.”

Fans attending the SEC matchup will be able to enjoy all of SunTrust Park’s amenities – they can check out the Xfinity Rooftop, three levels of the Coors Light Chop House including Below the Chop that is directly behind the right fielder, or for a full view, sit above the crowd in the Home Depot Clubhouse perched above the left centerfield stands.

Georgia will play host to Missouri at Foley Field in Athens on April 6-7 with the final game of the series at SunTrust Park. The Braves will open the 2017 season on the road with games at New York, Pittsburgh and Miami, before their inaugural homestand at SunTrust Park beginning on Friday, April 14.

Also of note, Georgia will face Georgia Tech at SunTrust Park on May 9 at 7 p.m. in the 15th annual Spring Baseball Classic for Kids. This event also benefits Children’s Healthcare of Atlanta. It ranks as one of the nation’s largest attended college baseball games each year. In the 14 years it was held at Turner Field, the average attendance for the game was 19,413. The 2017 college baseball season opens on Feb. 17.