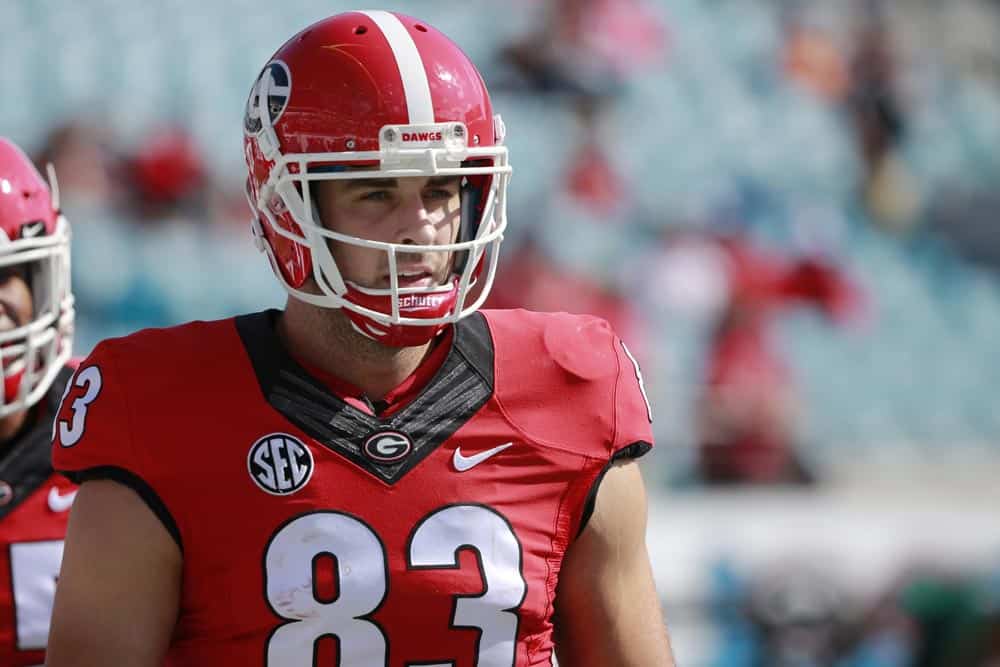 ATHENS, Ga. – Tight end Isaac Nauta and place-kicker Rodrigo Blankenship have been named to the 2016 Football Writers Association of America (FWAA) Freshman All-America Team, according to a recent announcement.

The Bulldog pair made up two of six freshmen from the Southeastern Conference named to the squad. These are the first two Georgia players named to Freshman All-America teams since Nick Chubb (FWAA, Phil Steele) and Lorenzo Carter (Sporting News) garnered the honor following the 2014 season.

Nauta, a native of Buford who was also named to the USA Today, ESPN, Pro Football Focus and the Campus Insiders’ Freshman All-American teams, finished third in receiving for the Bulldogs with 29 catches for 361 yards (12.4 yards/catch) and three touchdowns.

Starting five games and playing in all 13 this season, Nauta completed 2016 ranked sixth in receptions per game (2.2) and yards per game (27.8) for SEC freshmen and was the top tight end in both categories.

Blankenship, a native of Marietta who was also on the Freshman All-SEC Team, scored a team-high 68 points, going 14-for-18 in field goal attempts plus a perfect 26-for-26 on PATs. Blankenship led all SEC freshmen in scoring (kicking) with 5.2 points per game and ranked third overall in the conference’s freshmen scoring category.

The redshirt freshman set career highs by going 4-for-4 on field goals and tallying 13 total points in the 27-24 road win over Kentucky, including a game-winner from 25 yards out as time expired to earn SEC Special Teams Player of the Week honors.