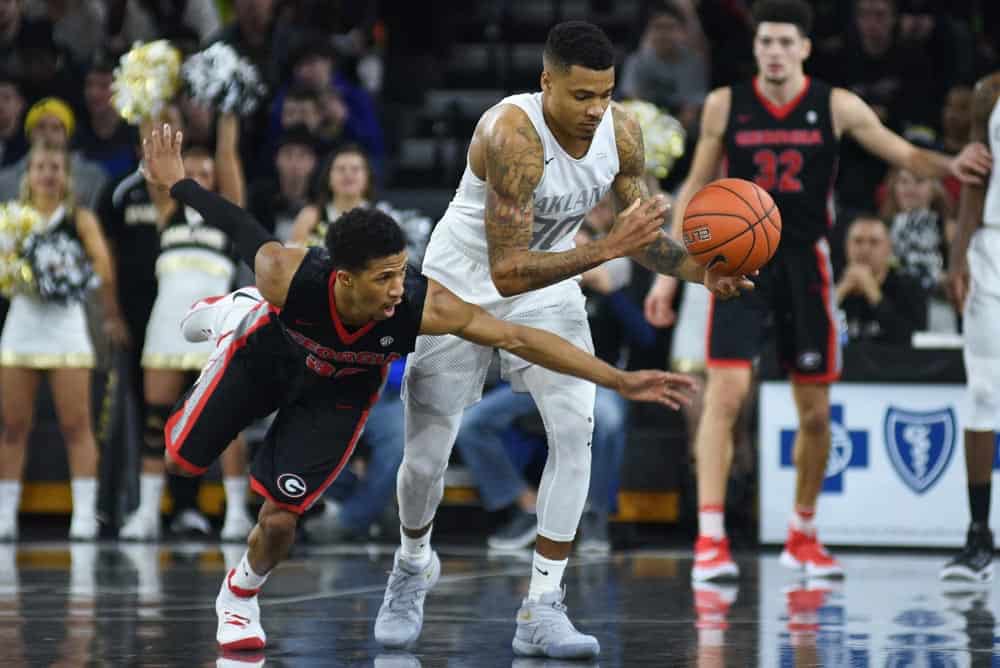 Frazier, who scored 18 of his 22 in the first half, led the way for Georgia (8-4). Derek Ogbeide recorded a double-double for the Bulldogs, posting 13 points and 12 rebounds, while Juwan Parker added 15 points. Martez Walker scored 30 points for the Golden Grizzlies (10-3).

“To start the second half,” said head coach Mark Fox, “our defense was not good enough. We scored so easily in the first half, that I think we felt like we could just continue to play similar to how we did in the first half defensively. They made seven of their first nine [shots] in the second half, and we gave them all kinds of momentum and dug ourselves a hole offensively, and we aren’t good enough to play that way. We have to be a more stable defensive team to give ourselves a chance to win.”

Frazier shot 7-of-8 from the field (3-of-4 from three-point range) in the first half and the Bulldogs took a 45-38 lead into the break. With under five seconds to go in the half, Ogbeide stole the ball and passed it up ahead to a wide-open Parker, who dunked it home just before the buzzer. Georgia was strong in two other key areas in the first period, shooting a perfect 7-of-7 from the free throw line, while on defense, holding the Golden Grizzlies to just 35-percent from the floor.

Oakland opened up a 17-2 run over a nearly six-minute-long stretch early in the second half, while Yante Maten, who came into the game averaging 21.0 points per game, picked up his fourth foul during that time and later fouled out. A free throw by Ogbeide cut the deficit to just three with 2:01 to go, but the Bulldogs could not close the gap.

Georgia will be back in action Thursday, Dec. 29, as they travel to Auburn to begin SEC play. The game is set for a 7:00 p.m. tip and will be televised nationally by ESPNU.