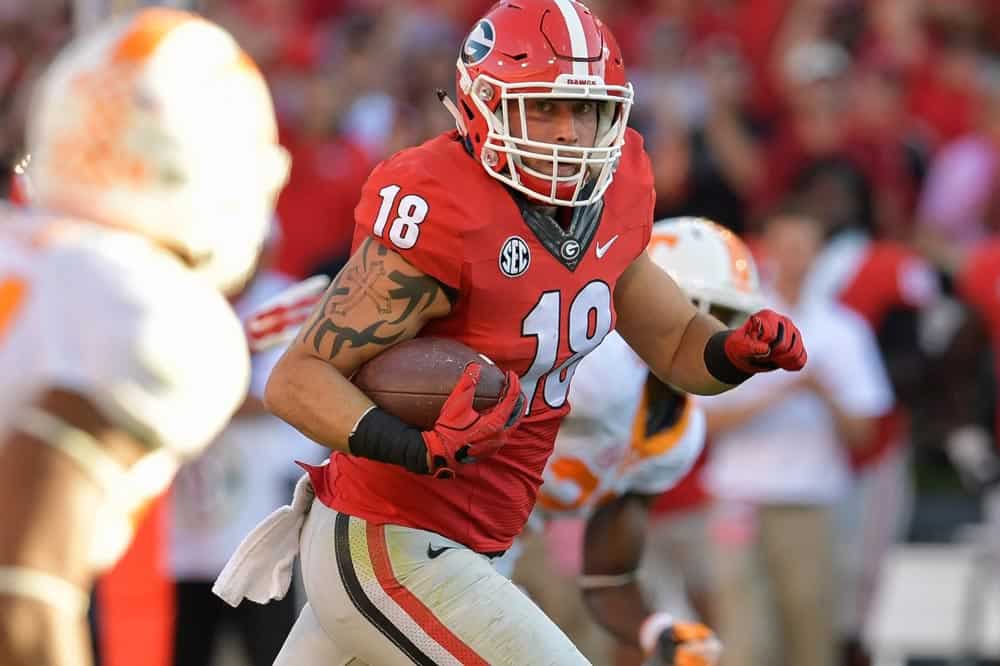 Nauta is one of four players from the Southeastern Conference (all on offense) named to the squad.

Redshirt freshman kicker Rodrigo Blankenship was also included as an Honorable Mention for the Campus Insiders’ team. Nauta and Blankenship were also named to the Freshman All-SEC Team.

Nauta, a native of Buford, is third in receiving for the Bulldogs with 27 catches for 353 yards (13.1 yards/catch) and seven touchdowns. Starting four games and playing in all 12 this season, Nauta is ranked fifth in receiving yardage for the league’s tight ends.

Georgia (7-5) travels to Memphis, Tenn., to complete its season in the AutoZone Liberty Bowl on Friday, December 30. The Bulldogs will take on TCU (6-6) at 12 p.m. ET at the Liberty Bowl Memorial Stadium and ESPN will televise the matchup.