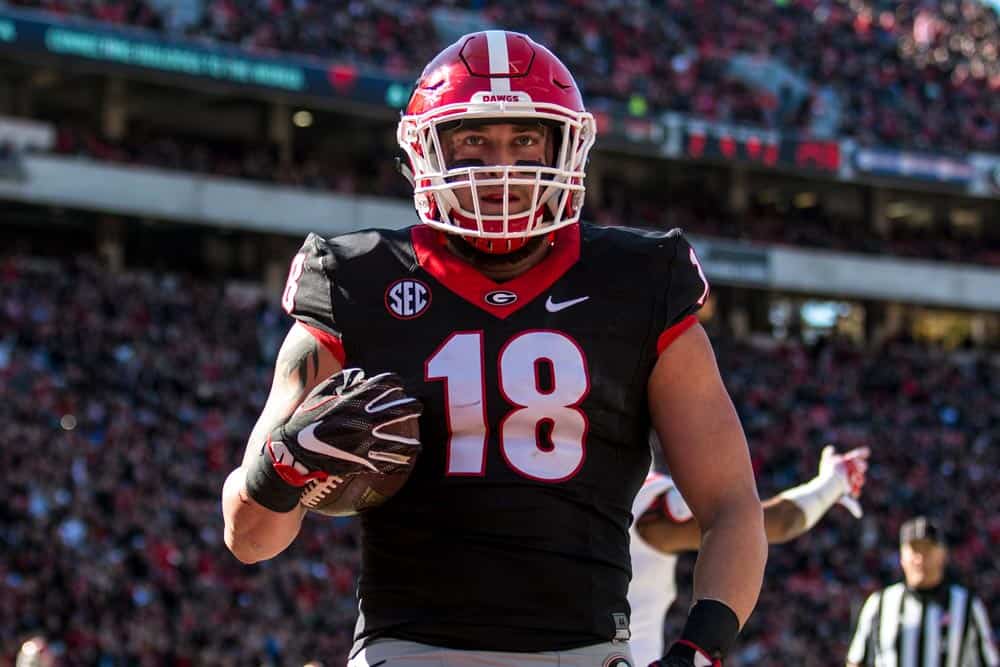 ATHENS, Ga. – The Bulldog football team has had two players included on the annual Freshman All-Southeastern Conference Team, according to a league announcement Thursday.

In addition, junior Isaiah McKenzie was part of The Associated Press All-SEC Second Team as an All-Purpose performer.

Tight end Isaac Nauta and kicker Rodrigo Blankenship made Georgia one of seven conference teams to have two selections on the Freshman squad. These are the first Bulldog Freshman All-SEC Team members since tailback Nick Chubb, tight end Jeb Blazevich and outside linebacker Lorenzo Carter earned the same honor in 2014. Chubb was the SEC Freshman of the Year that season.

Nauta, a native of Buford, is third in receiving for Georgia with 27 catches for 353 yards (13.1 yards/catch) and seven touchdowns. Starting four games and playing in all 12 this season, Nauta is ranked fifth in receiving yardage for the league’s tight ends.

Blankenship, a native of Marietta, has scored a team-high 61 points, going 13-for-16 in field goal attempts plus a perfect 22-for-22 on PATs. The redshirt freshman set career highs by going 4-for-4 on field goals and tallying 13 total points in the 27-24 road win over Kentucky, including a game-winner from 25 yards out as time expired to earn SEC Special Teams Player of the Week honors.

McKenzie, a receiver/returner from Miami, Fla., is second on the Bulldogs with 929 all-purpose yards (131 rush, 530 receiving, 268 return) and has scored a team-high 10 touchdowns. He has a team-best 40 catches, which includes seven scores.

Georgia (7-5) travels to Memphis, Tenn., to complete its season in the AutoZone Liberty Bowl on Friday, December 30. The Bulldogs will take on TCU (6-6) at 12 p.m. ET at the Liberty Bowl Memorial Stadium and ESPN will televise the matchup.