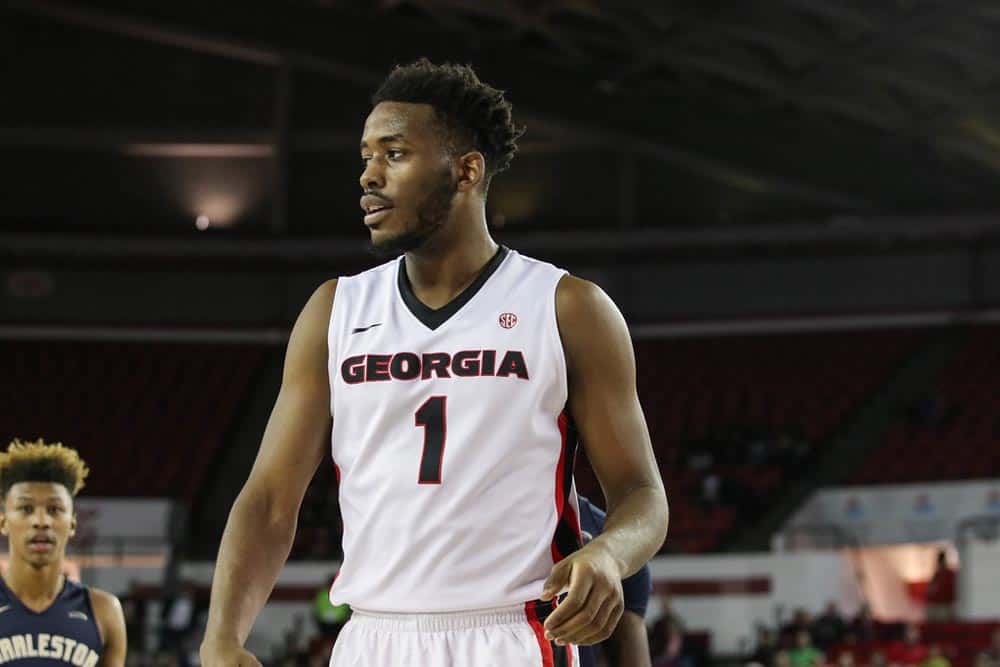 Maten, who entered the game leading the SEC in points per game (20.6), scored 19 of his 30 in the first half to help the Bulldogs (7-3) tie the most points they have scored in a game this season. Georgia had 22 assists and shot 53.8-percent from the field against the Buccaneers (4-6), which are both new season highs. J.J. Frazier added 14 for the Bulldogs.

“It is always good to win,” said Georgia head coach Mark Fox. “I thought we were able to play a bunch of guys tonight. A lot of guys needed the experience and Yante (Maten) had a big night. He was bigger than everybody on the court so he took advantage of his size. But we got him the ball and we played very unselfishly. It was a pretty complete game for the most part.”

In the first half, Maten scored 19 points on 7-of-7 shooting and the Bulldogs led 46-30 at the break. The 46 points are the most Georgia has scored in the first half of a game this season, with 18 of them coming from three-point field goals. Five different Bulldogs knocked down three-pointers in the first period.

Georgia will be back in action Tuesday, Dec. 20, as the team travels to Atlanta to take on Georgia Tech. The game is set for 7:00 and will be nationally televised by ESPNU.

• The victory was Georgia’s 500th all-time win at Stegeman Coliseum.

• Following a 10-0 run to start their previous game against Louisiana, the Bulldogs earned an early 7-0 edge today.

• Yante Maten paced all scorers with 19 first-half points on a perfect 7-of-7 from the field. The junior had two 3s and two “and-one” hoops in the process. He exited the game with more than three minutes remaining after tying his season high of 30 points, set against Kansas.

• J.J. Frazier is now just three consecutive makes from the free throw line from being the school’s all-time leader in free throw percentage.

• Maten finished with a game-high 30 points, the seventh time, and third-consecutive game, that he has led all scorers in points this season.

• Six different Bulldogs (Pape Diatta, Frazier, Kenny Paul Geno, Jordan Harris, William “Turtle” Jackson II, Maten) connected for buckets from beyond the arc, the most in any game this season.

On the win…
“It is always good to win. I thought we were able to play a bunch of guys tonight. A lot of guys needed the experience and Yante (Maten) had a big night. He was bigger than everybody on the court so he took advantage of his size. But we got him the ball and we played very unselfishly. It was a pretty complete game for the most part.”

On Jordan Harris’ play…
“He is getting more and more comfortable. He gives us an element of slashing and length and athleticism that helps our team. It helps him right now to play with J.J. (Frazier) to have a senior in the backcourt with him. So I think it is a better way for him to get experience.”

On Derek Ogbeide’s improvement…
“Derek is a better player. It is hard when you have a great player like Yante who takes up so many opportunities down there. Derek could probably score a lot more points if he was playing with a lesser post partner. But he has certainly worked hard in the offseason to develop his game and the game is starting to slow down for him. So he got a few baskets tonight and if he got a few more opportunities then obviously his production would go up.”

On potentially putting up more points…
“I take it for what it is. I think we did pretty good as a team today. I would prefer to get less points and get my guys more points. Especially Brandon and Connor.”

On the size advantage…
“Regardless of who I play I go in with the same mentality. Whether it’s 7-footers or 6-footers, it doesn’t matter, Im going to come in and play how I’m going to play, and it usually works.”

On a strong defensive performance…
“I mean, after Marquette, we had 10 days off, so you can have harder practices, you can gel more, you can focus more on what you want to do, especially the fundamentals of defense. So its just a testament to our handwork, but there is always room to improve.”