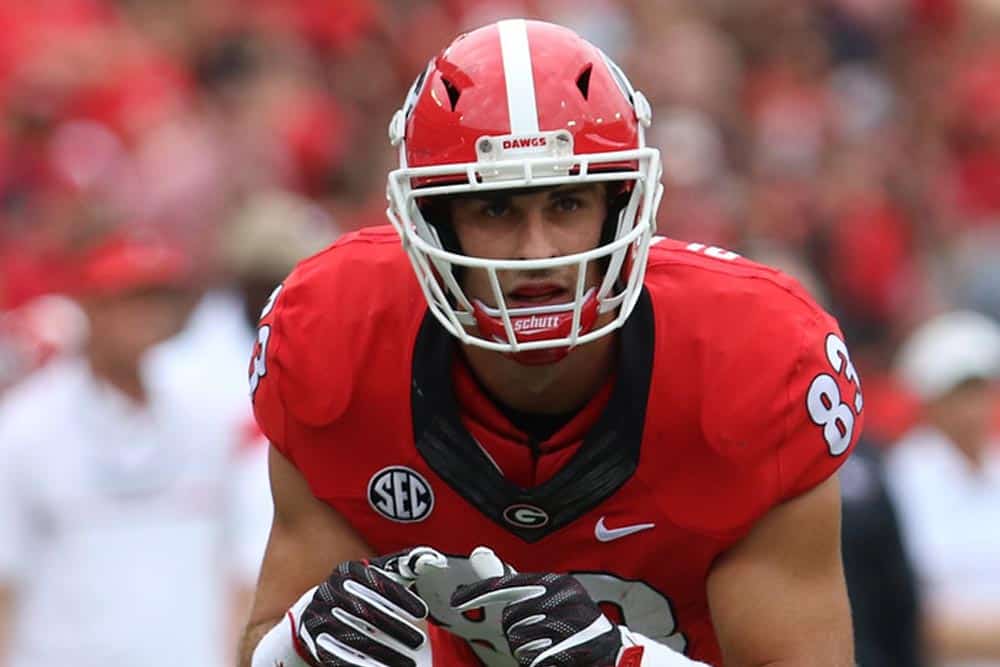 The SEC sponsors a Community Service Team for each of its sports, with one representative from each university receiving an honor for outstanding work in the community.

The Charlotte, N.C. native has been recognized for giving back to the community several times already. In addition to being one of just 12 FBS players nationally to be named to the AFCA Allstate Good Works Team, Blazevich was named as a semifinalist for the Wuerffel Trophy, an award that is given to the college football player “who best combines exemplary community service with athletic and academic achievement.”

Blazevich has participated in “Learn, Play, Excel,” working to educate and provide leadership for elementary and middle school students, visited Camp Sunshine and spent time with children who have cancer and has volunteered for Countdown to Kickoff, a benefit for Children’s Healthcare of Atlanta, the Georgia Transplant Foundation and the UGA College of Education. He has also worked with Extra Special People, an organization that assists individuals with developmental disabilities and their families, among other charities.

On the field, Blazevich has hauled in six catches for 69 yards this year and is a vocal upperclassman leader among the tight end group.

The Bulldogs will learn of their bowl destination on Sunday, December 4, as they await their school-record 20th-consecutive trip to the postseason.