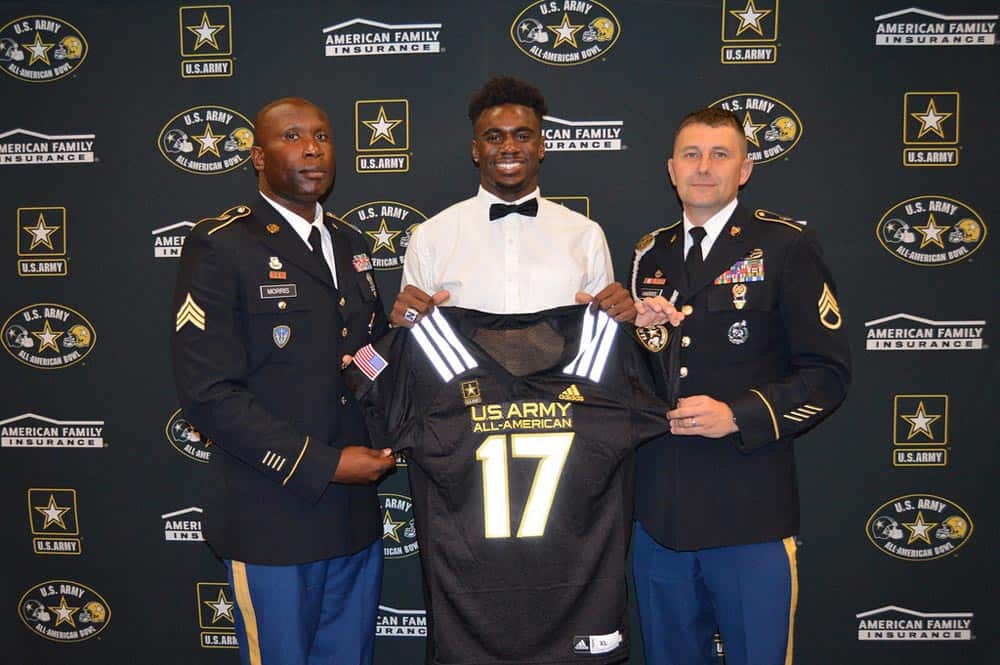 Georgia picked up two big commitments for the 2017 class today, and both of them are four-star recruits.

Malik Herring (6-3.5, 265), a defensive end from Forsyth, Georgia (Mary Persons), and Jeremiah Holloman (6-2, 195), a wide receiver from Covington, Georgia (Newton), both committed to Kirby Smart and the Bulldogs on Thursday.

The AJC’s DawgNation.com first reported news of Herring and Holloman’s commitments via a Christmas Commitments video.

Malik Herring committed to the Bulldogs over offers from most of the top schools, including Alabama, Arkansas, Auburn, Clemson, Florida, FSU, Louisville, Miami (FL), Michigan, Notre Dame, USC, and others.

In the 247Sports Composite, Herring is listed as a 4-star recruit, the No. 4 strong-side defensive end, and the No. 116 overall recruit for the 2017 class.

Jeremiah Holloman committed to UGA over an offer list similar to Herring’s. In the 247Sports Composite, Holloman is listed as a 4-star recruit, the No. 19 wide receiver, and the No. 131 overall recruit in 2017.