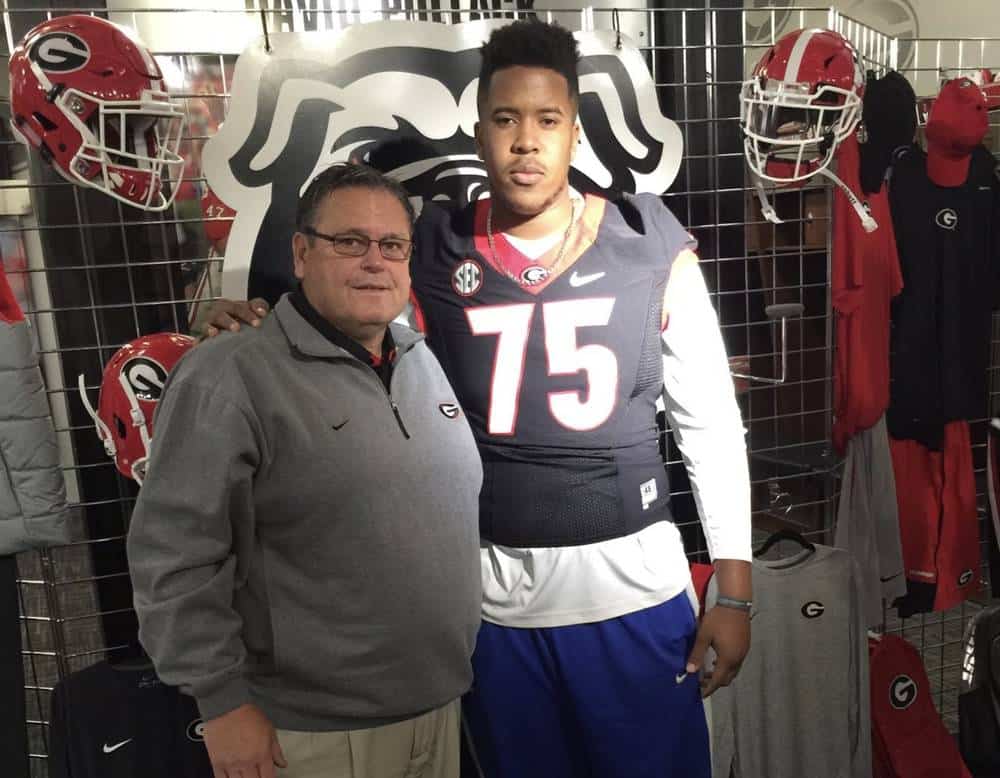 Three-star JUCO offensive tackle D’Marcus Hayes has committed to the Georgia Bulldogs for 2017.

Very blessed to announce that I will be playing for The University of Georgia next season 🔴⚫️🐶‼️‼️ #CommitToTheG pic.twitter.com/oMiosiAW4F

Hayes committed to the Bulldogs over offers from Auburn, Arkansas, Cincinnati, Louisville, Mississippi State, and others.

In the 247Sports Composite, D’Marcus Hayes is listed as a three-star recruit, the No. JUCO OT, and the No. 20 overall JUCO recruit.